Nairobi, (HOL) – Two Kenyan lawmakers on Monday threatened to take action against Interior Cabinet Secretary (CS) Dr. Fred Matiang’i and Inspector General of Police Hillary Mutyambai if they will not come out clear and explain the abduction of Somalia Scholar Abdiwahab Sheikh Abdisamad.

Mvita Member of Parliament Abdulswamad Nassir and Mombasa Senator Mohamed Faki also want the duo to explain the recent cases where Kenyans have been killed as the country security apparatus remains silent.advertisementsThe duo wondered why the  Directorate of Criminal Investigations (DCI) did not address the disappearances and murders given the trove of information he could access.

Nassir said that they were planning to present a joint motion this week, and they expect the top security bosses in the country to appear in parliament in person.

“We are planning to present a joint motion t both in parliament and the Senate this week, so Interior CS Fred Matiang’i, DCI boss George Kinoti and Inspector General of Police Hillary Mutyambai may shed light on why all this is taking place,” Nassir said.

He further stated that the disappearance of Abdisamad should be explained before a joint Senate and Parliamentary committee because it is alarming to the family and the social fabric of the country.

Faki (Mombasa Senator) said he wondered why government remains silent despite several ethnic Somali civilians disappearing from Kenyan streets. He added the government’s reluctance to address the issue is adding to the tension in the country.

“As leaders, we honestly feel that something is not right. It is important to note that the rule of law governs the country, and someone must be held accountable for their actions,” Faki, who is serving his first term in the Senate, said.

The disappearance of Abdisamad, who was the executive director of the Institute for Horn of Africa Strategic Studies, has caused an uproar in the country, with the family blaming Somalia Prime Minister Mohamed Hussein Roble. 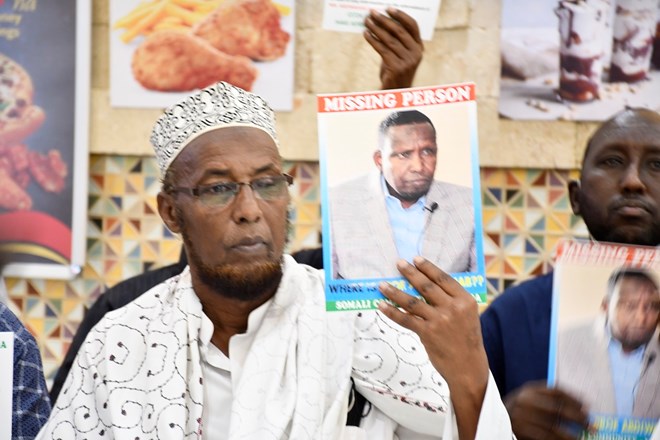 The scholar was abducted in broad daylight near City Market by four men who handcuffed him and bundled him into a waiting pick-up truck.

It remains unclear who was behind the abduction, and Kenyan authorities reported the vehicle’s plate number as not registered.

After the abduction, Haki Africa met with Kinoti (DCI boss), who assured them he would closely investigate it.

On Sunday, Haki Africa announced that 11 unidentified and unclaimed bodies were brought to the Garissa Referral Hospital mortuary over a three-month period.

Observers have noted the similarities in Abdisamad’s case and the disappearance and murder of Bashir Mohamed, a Somali-American businessman, who was abducted on a mid-May afternoon outside the Miale Lounge in the leafy Lavington suburb of Nairobi. His body was found with torture wounds days later in a morgue close 120km from where he was kidnapped over a week later. 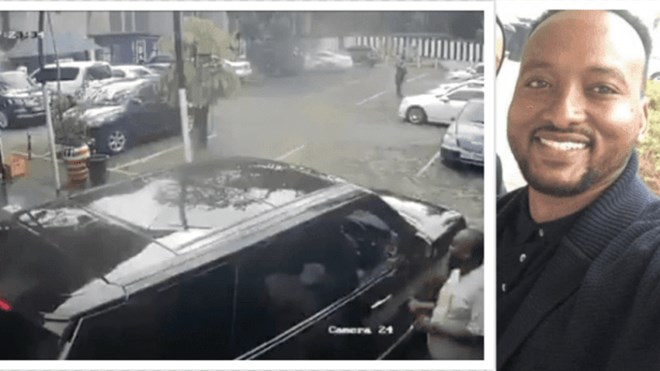 CCTV footage shows the last moments of missing businessman, Bashir Mohamed, tipping drivers at Miale Lounge from inside his Range Rover. Bashir was abducted by unknown people after leaving. SUPPLIED

Several major Kenyan newspapers employed a slow-drip technique to paint Mohamed as a terror-financier and a crooked businessman for days after his disappearance. These articles often cited high-level security or intelligence officials as their confidential sources without any concrete evidence.

Mohamed’s family was suspicious of the police’s actions after Mohamed’s disappearance, questioning why it took so long to contact them after positively identifying the body and why the crime scene seemed to be cleared intentionally without gathering proper forensic evidence.

His family wants Kenya’s director of public prosecutions to run a separate investigation from one being done by police to ensure impartiality.

According to Kenyan human rights experts, it’s typical for security forces to smear victims of unexplainable killings to extremism or violent robbery without any significant evidence.

The latest kidnapping illustrates that well-to-do members of the Somali community – like Abdisamed and Mohamed – are not immune to forced disappearances despite security forces typically preying on the underclass of Nairobi in poorer neighbourhoods.