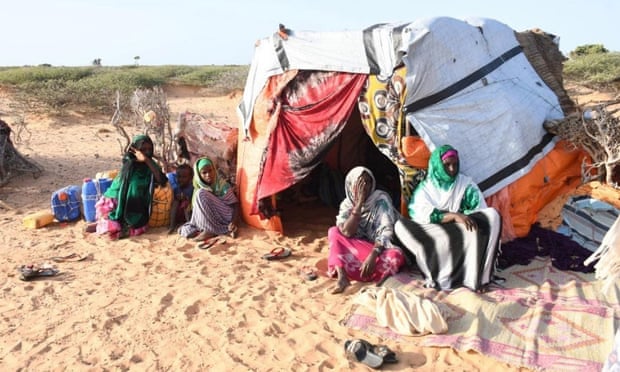 Fartun Hassan Ahmed bled to death after undergoing female genital mutilation, a practice that 98% of women in the east African country undergo.

A 13-year-old girl has died after undergoing female genital mutilation (FGM) in Somalia, as activists report a rise in the practice during the pandemic.

Fartun Hassan Ahmed, the daughter of nomadic pastoralists, bled to death after being cut earlier this month in the village of Jeerinle in the state of Galmudug, her mother said.

Activists believe it is the first reported case of an FGM fatality in Somalia since the death of 10-year-old Deeqa Dahir Nuur in 2018. With one of the highest rates of cutting in the world, the east African country has no national law against the practice.

“We looked for a car [to take her to hospital] but it could not reach us in time … We didn’t know what to do. Later we found a car but she was already dead when it arrived,” said Fartun’s mother, Nadifo Fartun. She said she stayed with her daughter as she bled from the early morning, when she was cut, until she died at about 4pm.Advertisementhttps://95bf005ca0c264473ad6a4c9e391d891.safeframe.googlesyndication.com/safeframe/1-0-38/html/container.html

Fartun suffered FGM at the hands of a traditional cutter, who also works as a local birth attendant and who cut Fartun’s nine-year-old sister before her, the Guardian was told.

Her father, Hassan Ahmed, a goat herder, who is blind, said his daughter had been a hard worker and had helped to guide him. “She used to do everything for me … She helped and cooked for me, and took care of the animals when I was resting,” he said.

“We reached the decision because we wanted the girl to be circumcised … When the mother suggested the cutting, I did not object.”

Her parents said they regretted their decision. The Global Media Campaign, which funds activists to campaign against FGM, contacted local police about Fartun’s death and were told the family had been called for interviews, but no one had been arrested.

“But we will investigate further,” said Aidarus Ahmed, a spokesperson. “It is the first time that such an incident has happened in the village. The federal police have a plan to raise awareness of such issues.”

Naimah Hassan, programme director of the Global Media Campaign, said: “On [11 July], it was Fartun who bled to death after FGM, and in the next village east of Jeerinle, another 20 girls were mutilated. We have no idea of how many young girls are dying because of FGM; what we do know is that a girl is cut every six seconds … and this horror must stop.”

In Somalia, an estimated 98% of women and girls are genitally mutilated, most before the age of 10.

With Covid restrictions closing schools and reducing outreach work by campaigners, cases of FGM are thought to have risen during the pandemic. The UN Population Fund (UNFPA) has warned that 2m additional cases may occur globally over the next decade as a result.

Mireille Tushiminina, coordinator of the UNFPA-Unicef joint programme on the elimination of FGM, said she was deeply saddened by Fartun’s death and called on Somalia to finally pass a “vital” law against the practice that has been years in the making.

“Now more than ever, we need stronger and bolder action. We urge the government, religious leaders, civil society organisations, media and local communities to fight this harmful practice that violates girls’ rights to bodily autonomy, sexual and reproductive health, their right to protection and to live free from violence, and in extreme cases like Fartun’s, their right to life,” she said.

Anti-FGM campaigner Ifrah Ahmad, of the Ifrah Foundation, said: “I am very sad to learn of the death of another young girl in the Somali region directly as a result of FGM. Both parents made the decision to cut their daughter because they believed it was the right thing to do.”

Ahmad said she was reminded of the parents of 10-year-old Deeqa, who were also devastated when their daughter died, she said. “It makes me even more determined to bring an end to this practice once and for all. Enough is enough: we must stop cutting our daughters.”

… we have a small favour to ask. Millions are turning to the Guardian for open, independent, quality news every day, and readers in 180 countries around the world now support us financially.

We believe everyone deserves access to information that’s grounded in science and truth, and analysis rooted in authority and integrity. That’s why we made a different choice: to keep our reporting open for all readers, regardless of where they live or what they can afford to pay. This means more people can be better informed, united, and inspired to take meaningful action.

In these perilous times, a truth-seeking global news organization like the Guardian is essential. We have no shareholders or billionaire owner, meaning our journalism is free from commercial and political influence – this makes us different. When it’s never been more important, our independence allows us to fearlessly investigate, challenge and expose those in power.