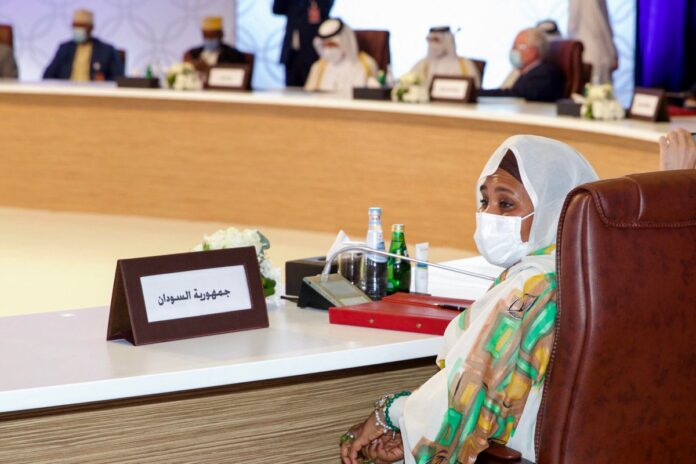 Sudanese Foreign Minister Maryam Al-Mahdi, on Monday announced that her country’s parliament would review the agreement with Moscow on the establishment of a Russian naval base in Sudan, signed during the era of former President Omar Al-Bashir.

Al-Mahdi confirmed during a visit to Moscow that the document was signed “by the former Sudanese government.”

The Sudanese minister said after meeting with her Russian counterpart Sergei Lavrov: “We now have a government that answers to the new parliament,” where the agreement would be assessed.

The agreement was discussed in 2017 between Russian President Vladimir Putin and Omar Al-Bashir, who was ousted in 2019 after months of popular protests.

Russia announced signing the deal in December 2020, mentioning that it included the establishment of a naval military base in the strategic city of Port Sudan overlooking the Red Sea. The agreement also allows the Russian navy to keep up to four ships simultaneously at the base, including those with nuclear capabilities. The base would accommodate up to 300 military and civilian personnel.

The agreement also stipulates that Russia has the right to transfer, via Sudanese ports and airports, “arms, ammunition and equipment” necessary for operating the naval base.

In early June, a senior Sudanese military official confirmed that his country was reviewing the Russian agreement, which included provisions considered “harmful”.

Yesterday, Al-Mahdi said that the assessment of the deal in the legislative council will be carried out in accordance with “Sudan’s interests and the strategic objectives pursued by Russia and Sudan.”

For many years, Sudan has relied militarily on Russia, especially during the decades of US-imposed sanctions.

Since August 2019, Sudan has been led by a transitional government that seeks to end Khartoum’s long-standing international isolation after being included in Washington’s list of State Sponsors of Terrorism.

The US removed Sudan from the blacklist in December after it normalised ties with the occupation state of Israel.

Pentagon Carries Out First Airstrike in Somalia Under Biden