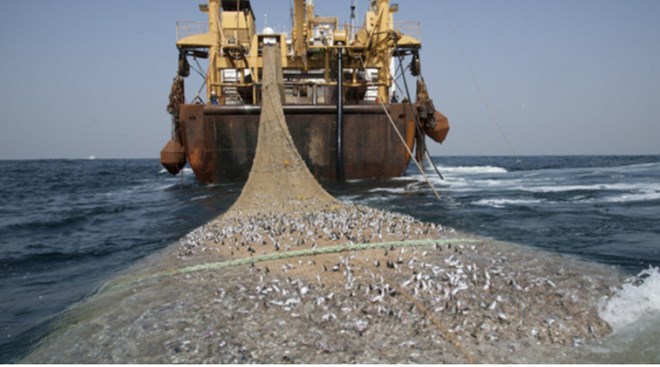 MOGADISHU (HOL) – Senior officials among them ministers at Somali Federal Government and Puntland State Government are central to facilitating illegal and unregulated fishing in the country’s waters, a report by a Swiss-based organisation has revealed.

According to the report, Fishy Business: Illegal fishing in Somalia and the capture of state institutions by Global Initiative Against Transnational Organized Crime (GI-TOC),  the ministries of fisheries at the federal level and Puntland government either collude or operate separately in facilitating or taking part in illegal, unreported and unregulated fishing (IUU) in Somali waters.

Operating as either business partners or relatives, the government officials particularly in the Ministry of Fisheries and Finance exploit their positions to illegally issue fishing licenses and health certificates to companies in which they have a stake or for kickbacks in cases where there is no stake, the report argues.

In one instance, the report cites a company named North East Fishing Company (NEFCO) which has been operating in Somali waters for over three decades but severally flagged for IUU. According to the report, NEFCO is a joint venture of relatives some of whom have served in the Federal Government and Puntland government.

Its founder, Isse Haji Farah is the brother of former Puntland minister Shire Haji Farah both of who are cousins to Federal State Minister of Finance Mohamud Hayir Ibrahim and Ahmed Osman Farah a senior employee of NEFCO. It is notable, according to the report that Ibrahim was an employee of NEFCO prior to his appointment as minister.

According to the report, the three in collusion with Fisheries Minister Abdullahi
Bidhan Warsame, senior fisheries advisor Abdirahman Osman and fisheries director-general Mohamoud Sheikh Abdullahi Abdirahman have been in cohorts in illegally issuing fishing licenses including for trawling which is illegal under Somali Fisheries Law.

“NEFCO had a well-placed entry point into the federal government: the FGS State Minister of Finance, Mohamud Hayir Ibrahim, a Puntland native and cousin of NEFCO director Captain Isse,” the report notes.

In establishing the nexus between the FGS and Puntland government, the report picks instances where the latter illegally issues licenses to NEFCO’s vessels and are endorsed by the Federal Ministry of Fisheries, thanks to the network in Mogadishu.

“In essence, it appears that the FGS Ministry has continued to act as a factory for manufacturing paperwork for private commercial interests, much as it had five years earlier when it had issued correspondence to vouch for the Somali flag registries of the Butiyalo/Haysimo fleet to Omani authorities,” the report says.