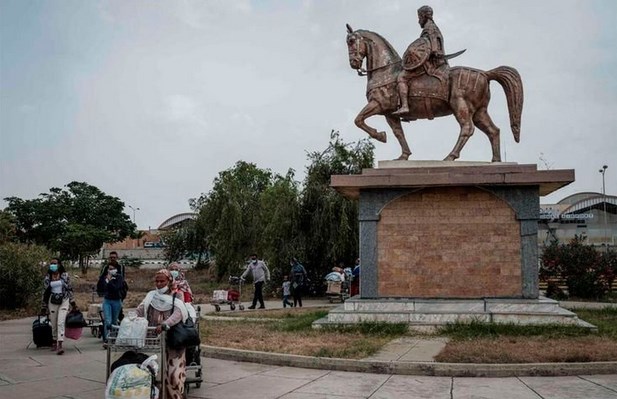 The US Federal Aviation Authority has directed aircraft flying over Ethiopia to either avoid Tigray region or maintain a high altitude.

A notice to airlines issued on Thursday directs flights over Tigray to fly above 29,000 feet, in what could indicate the threat level posed by local fighters under the Tigray Defence Forces.

The Ethiopian government on Monday issued a unilateral ceasefire, citing the cost of war and the humanitarian crisis that has seen more than 400,000 people face famine, and millions of others displaced.

But the TDF, a grouping of fighters loyal to the erstwhile ruling party Tigray People’s Liberation Front [TPLF], have continued to retake towns initially controlled by the Ethiopian and Eritrean Forces. It is believed the TDF still has capability to bring down aircraft flying at lower altitude.

On Thursday, the Amhara militia fighters who have been allied with the Ethiopian National Defence Forces claimed they had destroyed a major bridge connecting the two federal regions in what could hamper further aid delivery.