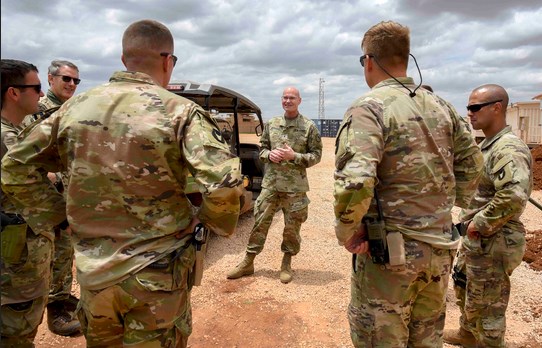 The Defense Department is considering sending U.S. troops back to Somalia just about six months after pulling them all out of the country as part of a broader look at the military’s force posture.

In December, then-President Donald J. Trump ordered troops to leave Somalia as part of a global push to draw down the numbers of deployed forces. Since then, U.S. forces have been “commuting to work” by flying in from nearby nations for training events and then leaving.

AFRICOM boss Gen. Stephen J. Townsend, speaking June 29 during the Center for Strategic and International Studies EU Washington Defense Forum, said the Pentagon under President Joe Biden is in the final stages of changing the force posture in the region.

Townsend said it is his belief that the best way to work with partners in Africa is “side-by-side, face-to-face, shoulder-to-shoulder,” and it’s gotten much more difficult to do that with American forces flying in for short periods of time.

“There’s really no denying that our … fairly sudden repositioning out of Somalia earlier this year has introduced new layers of risk and complexity to our mission there,” Townsend said. “So, what we’re trying to do is manage that risk and complexity as we still try to help our African partners with their security challenges.”

advertisementsThe withdrawal from Somalia was a large-scale undertaking, led by USAF aircraft and other air power. USAF C-130s flew about 200 sorties as part of “Operation Octave Quartz,” bringing out about 4 million pounds of cargo and hundreds of personnel.

Also in 2020, the Pentagon announced it was looking to move AFRICOM’s headquarters as part of its force posture changes. Townsend said June 29 that his command “is very happy to be right where we are in Europe, in Germany,” and it would be “tough to choose” a possible location in Africa. “I think we’re in a great place,” he said.