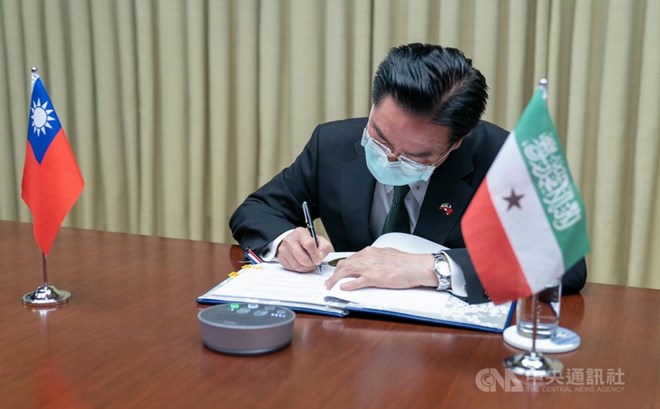 Taiwan will dispatch a medical mission to the self-governing African territory of Somaliland, the Ministry of Foreign Affairs (MOFA) said Wednesday in a statement, without providing a timeline for the mission.

The plan is part of a medical cooperation agreement Taiwan and Somaliland inked Wednesday, according to the statement, which was issued after the signing ceremony.

The mission will be stationed at a hospital in Somaliland’s capital Hargeysa to provide training for local medical staffers and help improve the territory’s healthcare capacity, the statement said.

Medical cooperation has been a key area of bilateral collaboration, Taiwan’s Foreign Minister Joseph Wu said at the signing event in Taipei.

He noted that Taiwan launched a program to address the high fatality rate among pregnant women and newborn infants in Somaliland after the two signed a pact in 2020 to advance bilateral relations.

The agreement, unveiled last July, also involved the opening of representative offices on one another’s territory and the appointment of envoys.

Apart from government efforts, Taiwanese civil groups have also contributed to the ties with Somaliland, Wu said, referring to medical volunteers from the Taiwan Root Medical Peace Corps and aid provided by the TSMC Charity Foundation.