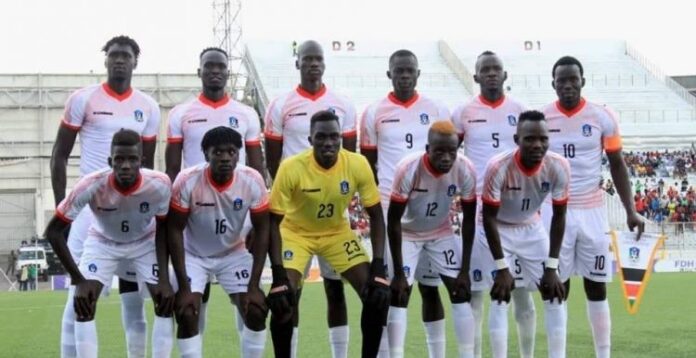 The South Sudan national football team is set to participate in the Arab FIFA Cup 2021 after the government through the Ministry of Youth and Sports suspended a ban initially imposed for the breach of protocol.

In May, Dr. Albino Bol, the Minister of Youths and Sports, blamed the national team for reaching a unilateral decision by the organizers of the tournament without consultation with the Ministry.

The ban has been revoked following an apology by the South Sudan Football Association (SSFA) to the government for reaching a unilateral agreement with Arab countries to send South Sudan players to Qatar to take part in the tournament without the knowledge of the government.

South Sudan, a member of the East African Community, is taking part in the tournament on invitation from the organizers of the league predominantly played by Arab countries.

The tournament begins in November 2021, but the preliminary games kick off this month with South Sudan playing Jordan on 21 June 2021.

“I am hereby announcing that the apology of the SSFA has been accepted and the government is hereby reviewing the previous decision that we have taken – and has been reviewed. The national team is going to take part in the match which will take place next week, 21 of June in Qatar,” Dr. Bol said at a press conference Tuesday.

Mr. Francis Amin, the President of the SSFA commended the government for lifting the suspension, announcing his team was ready and would join the rest in the game.

“Human beings learn from their mistakes. I, therefore, officially announce that the South Sudan team will participate and I want to invite the minister to attend the match,” said Mr. Amin.

However, according to Mr. Amin, the South Sudan national team will participate in the match as the honorary participant in November.

The Arab FIFA Cup is a prelude tournament hinged on the preparation for the 2022 FIFA World Cup in Qatar. South Sudan is in Group C of the competition with Morocco, Saudi Arabia, Palestine, Jordan, and Comoros.