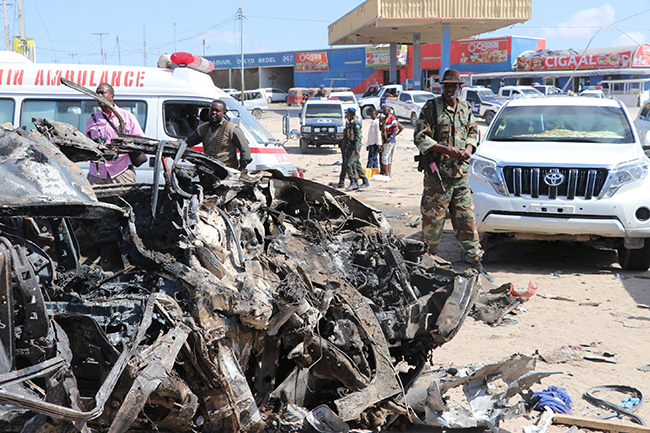 The death toll from Tuesday’s suicide bombing that targeted a military training facility in Somalia’s capital Mogadishu has risen to 25, officials said.

Hashin Mohamed, director of Madina Hospital, one of the biggest hospitals in the capital, told reporters that they received 45 people who were wounded in the attack. “We admitted 39, and discharged six after treatment,” he said.

Somali Prime Minister Mohamed Hussein Roble visited the hospital, and said his government will contribute in the treatment of those injured. He called on the Somali people to unite in the fight against al-Shabaab terrorists.

The al-Qaeda affiliated group claimed responsibility for the attack, citing a much higher death toll of 40.

Countries including Qatar and Turkey have condemned the attack.