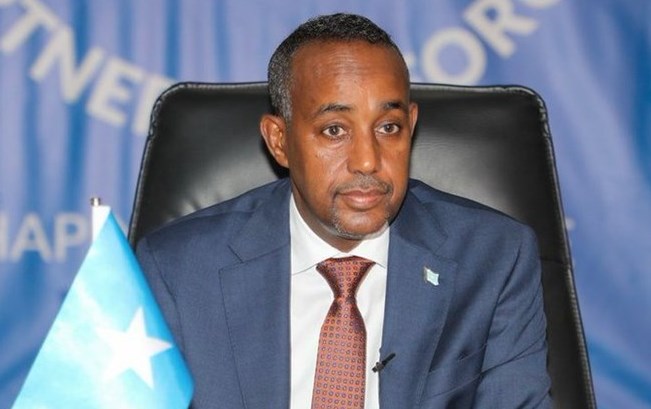 MOGADISHU (HOL) – Somali Prime Minister Mohamed Roble has ruled claims he might be contesting in the upcoming presidential elections noting his focus was on preparing the country for elections.

Speaking during an event in Daynile district in the outskirts of Mogadishu Friday evening, Roble said he swore to be impartial in the process and will remain committed to ensuring a timely, free and fair election.

“I would like to be clear that I will not be running for president in the upcoming election. To me, all candidates are equal and my priority is realise a free and transparent election,” Roble said.

The PM also reiterated his government’s commitment towards the realisation of the elections milestone. According to the May 27 Agreement, the country will be heading to the ballot in August to elect a new parliament and president.

The Agreement tasked Roble to lead the preparation for elections including taking charge of elections-related elections.

His remarks come amid accusations labelled at National Intelligence and Security Agency (NISA) director-general Fahad Yasin of interfering with the selection of interim state and federal elections teams.

Wadajir party leader Abdirahman Abdishakur said Friday Yasin had a hand in the vetting of the names submitted by the opposition to the PM for removal on grounds of accountability.

Sources have also said Yasin will be in the race to replace former justice and constitutional affairs minister Farah Abdulkadir who is currently occupying the only Lower House seat for the Reer Hassan sub clan.