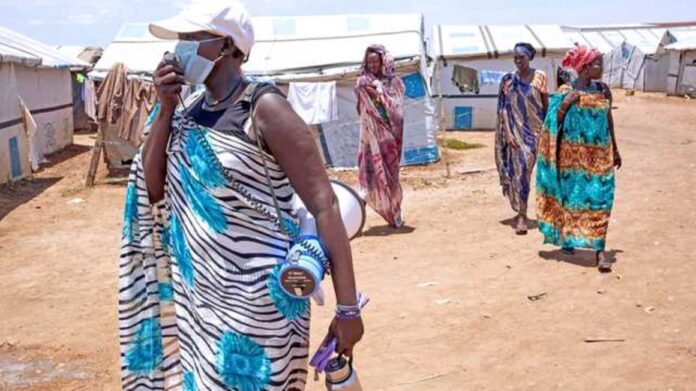 outh Sudanese stakeholders have expressed concerns with the government’s decision to donate 72,000 doses of Covid-19 vaccines after failing to administer them locally.

This week, authorities in Juba decided to donate the AstraZeneca doses to Kenya, via Covax facility after admitting they would be beyond their use-by date going by the current trend of inoculation.

The country has been unable to give out the jabs fast enough, managing to distribute just under 20,000 doses in more than a month.

Some critics though say the return of the doses is an easier way out for the government which has failed to use an effective channel to give out the jabs.

Jame Kolok who heads Foundation for Democracy and Accountable Governance — a civic education and human rights advocacy organisation, told The EastAfrican will enhance hesitancy in the public, making it harder to vaccinate.

“With detection of new variants in neighboring Uganda, it will be harder for South Sudan to fight the disease. Low vaccination rates and this return of the doses puts South Sudan at risk, which should inform government to never send back vaccines. Authorities should vaccinate people. Return of doses may create a false perception that people don’t need to be vaccinated,” he said.

South Sudan received some 132,000 doses early in March through the Covax facility. It had also received some 60,000 from the African Union but slow distribution forced authorities to stop administering the jabs after running past expiry dates.

The country was to receive several other shipments under the Covax facility with the Ministry of Health planning to vaccinate at least 40 percent of its population by the end of 2022. However, according as of May 24, only 16,000 doses were administered — all in Juba city.

Dr Anthony Garang, leader of the South Sudan Doctors’ Union has attributed the low turnout for vaccination to misinformation relating to the vaccine.

“People were misinformed by social media and unreliable sources, and they used that to avoid the vaccine. But the educated class were informed and many got vaccinated. Our people need to seek right information and get vaccinated, so that we are not left behind,” said Garang.

Dr Mayen Wol, the Ministry of Health Undersecretary says the decision to return the vaccine doses was reached by the ministry and partners, to avoid expiry and for other countries in need to be served.