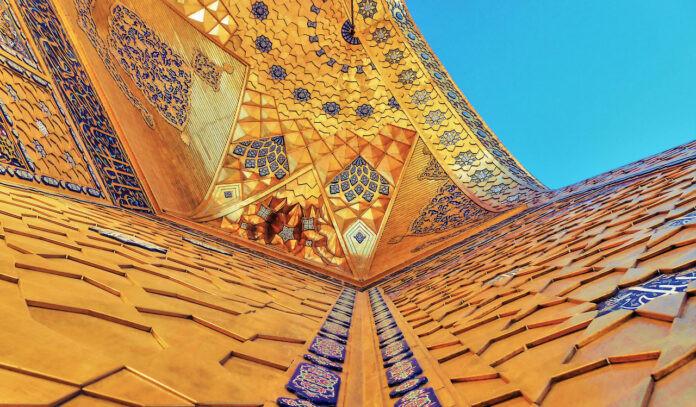 The Golden Age of Islam, generally understood to be the period stretching from the 8th century to the 14th century during, represents an era when culture, science, and economy flourished under Muslim rulers. A rich body of scholarly work exists to help us understand all the developments that occurred during that period because of their impacts on today’s world.

It is fortuitous that a world-renowned scholar like Professor Akbar Ahmed, Ibn Khaldun Chair of Islamic Studies American University has authored a new book, “The Flying Man.” The book is short at just over 100 pages, and can be considered a well thought out essay. The book title is inspired by “Avicenna, the Persian philosopher who lived in the tenth and eleventh centuries, in his ‘thought experiment’ which has come to be known as the Flying Man or Floating Man.”

Today, many Muslim countries are characterized by economic despair, with rulers who are prone to repression even when there is abundance of natural resources. That was not so during the Age of Islam. So what made those societies tick?

In a fair and balanced style, Professor Ahmed helps us understand the environment that fostered freedom of thought, innovation, and the pursuit not only of excellence but of the unknown. He does not highlight Muslims only but also others as well. For instance, he writes: “The Golden Age is also the time when some outstanding kings ruled Muslim and non-Muslim lands. If there was a Harun-al-Rashid, the Abbasid Caliph, Abdur Rahman of Andalusia, and Sultan Salahuddin of Egypt, among Muslims, there were also Christian rulers like Alfonso X of Spain, Roger II of Sicily, and Frederick II, the Holy Roman Emperor.” For scholars, whose work he discusses quite eloquently, to succeed someone had to create a hospitable environment. So, naming the outstanding rulers is justified in this context.

Each chapter of the book will enrich our understanding of the Golden Age of Islam. The contributions of Ibn-Arabi and Al-Farabi are nicely put – explained in easy-to-follow language and in the historical context as well. The discussion then moves on an introduction to Avicenna, Al-Ghazali, Averroes – Ibn Rushd, Al-Biruni and other scholars like Maimonides and Saint Thomas Aquinas. The lucid narrative expands our understanding of the important work carried out by these scholars while igniting a desire to dig deeper in the quest for knowledge.

Hollywood has played a role in caricaturing the image of Islamic societies through movies such as Sinbad the Sailor, the Magic Carpet, and Arabian Nights.  It falls on scholars like Professor Ahmed to point out some of the errors in such popular media. In this regard, Professor Ahmed makes a valuable contribution to education when he reveals that the following verses are understood to be those of Avicenna despite often being incorrectly attributed to Omar Khayyam (E.G. Browne, Islamic Medicine, 2002, pp. 60-61).

“From the depth of the black earth up to Saturn’s apogee,

All the problems of the universe have been solved by me.

I have escaped from the coils of snares and deceits;

I have unraveled all knots except the knot of Death.”

Professor Ahmed also adds to our understanding of another historical point when he discussed the Mongols, who smashed the Abbasid Caliphate in Baghdad. He informs us that the Mongols were not invincible after all because the Mamluks in Egypt beat them in Ain Jalut in 1260, in what he called “one of the most decisive battles of history.”

The chapter “A Thought Experiment of the Abrahamic Faiths” is worth paying attention to. Professor Ahmed lists some statements by scholars from the different Abrahamic faiths listed in the book. He then invites the reader to identify the scholar and his faith for the quotes mentioned in this chapter of the book. In a beautiful way he then identifies the scholars himself and enlightens our minds about common threads among the Abrahamic faiths.

This book is a reminder of a chance encounter I had with Professor Ahmed at a Union Station coffee shop when we were both going to New York; he was going to a dinner featuring then Iranian President Khatami and I was going to a dinner featuring then Pakistani President Musharraf. Incidentally, the societies of both countries would likely benefit from this book. For example, Iran has been caught up in the “death to America” chant for the last 40 years. So perhaps a focus on more progressive education might help produce a new breed of thinkers. Likewise, Pakistan is consumed by the blasphemy hysteria, perhaps a byproduct of the generous support for madrassas as opposed to giving little or no support to basic education. In recent years, Pakistan has produced two Nobel prize winners, Dr. Abdus Salam for Physics and Malala Yusufzai for Peace, so there is definitely more potential for success by learning from the role models mentioned in this book.AboutC Naseer Ahmad:C. Naseer Ahmad is a contributor to Diplomatic Courier.The views presented in this article are the author’s own and do not necessarily represent the views of any other organization.