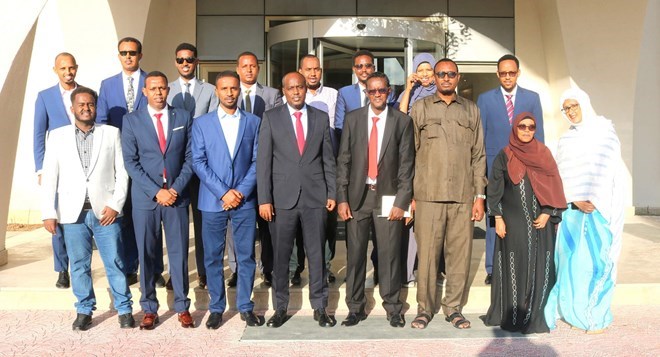 Mogadishu (HOL) – Somali PM Mohamed Hassan Roble published a list of disputed electoral committee members on Tuesday given to him by the Council of Presidential Candidates (CPC). The Council has asked the PM to remove those names from any future electoral bodies.

The 67 people – at least one of which has passed away – were included in the previous Federal Electoral Implementation Team and were fingered by the opposition as having strong ties to President Farmajo and the intelligence community.

A ministerial-level commission appointed by PM Roble confirmed that it received the list. The commission is tasked with examining the legitimacy of the CPC’s claims.

As part of the electoral deal agreed upon by Somali stakeholders last week, the Council of Presidential candidates were granted the opportunity to register their protest over certain election committee members ahead of national polls. 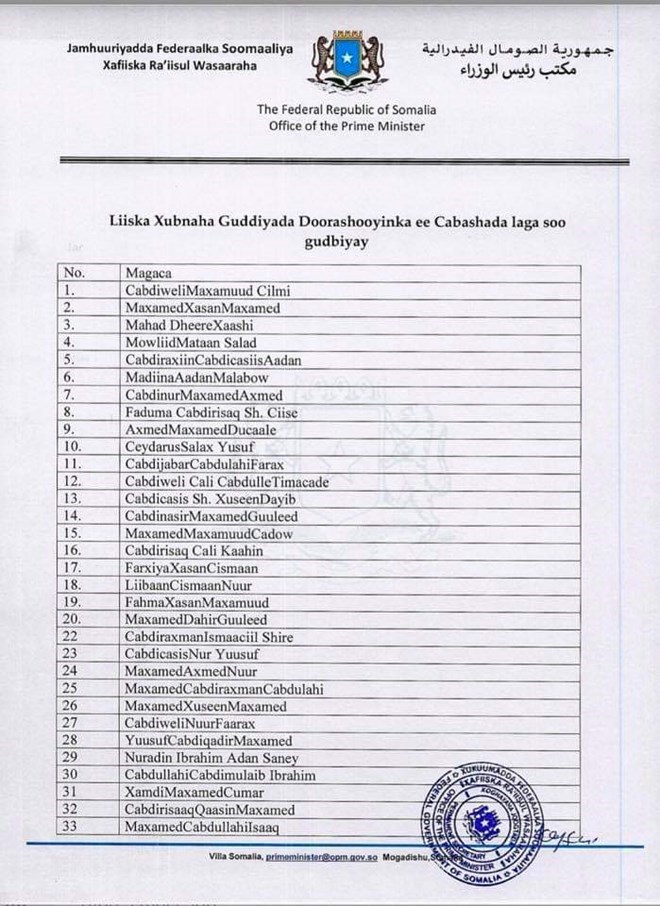 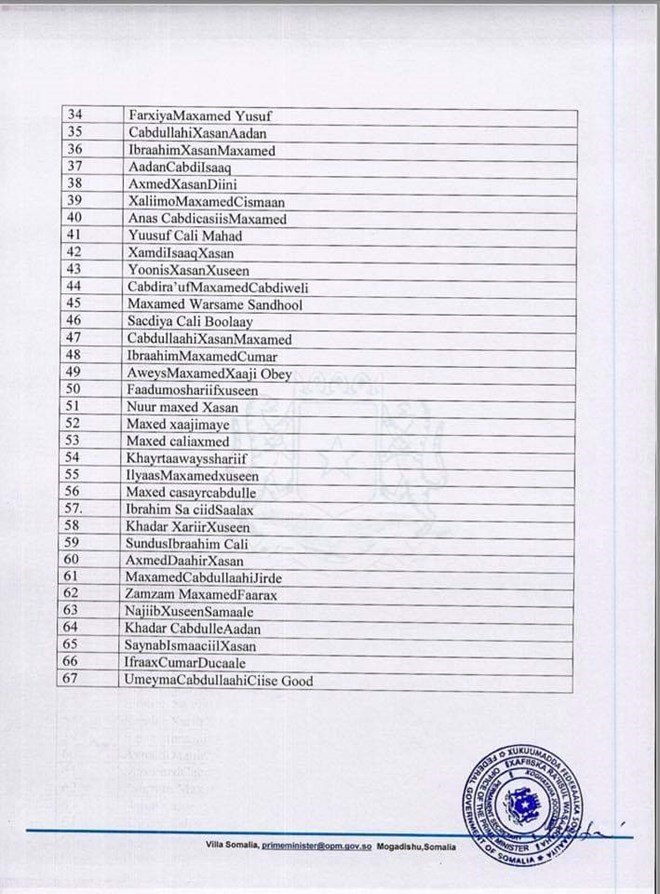