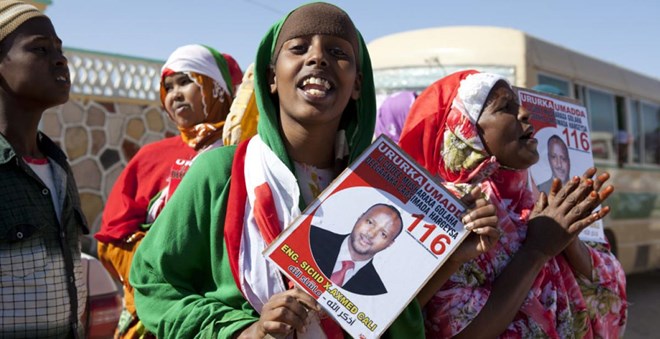 HARGEISA (HOL) – All ballot boxes in the just concluded elections in Somaliland have been accounted for except four, National Elections Commission chairman Abdirashid Ali has said.

Ali told journalists only four ballot boxes had not been collected following a logistical challenge. He noted that the vehicles that had been dispatched to collect the ballot boxes developed mechanical problems.

“The vehicles that were sent to the scene were damaged before they reached the scene, so another replacement vehicle was sent, all the others arrived at their bases,” the commission chairman said.

The NEC chief noted the elections went on smoothly adding it was ‘free and fair’.

The remarks by Ali follows reports that authorities in Puntland had seized ballot boxes in Ceyn region.

Meanwhile vote counting is underway following the one day voting in 23 districts within the territory of Somaliland.

NEC said results will be out within a period of three days since the voting ended Monday evening.