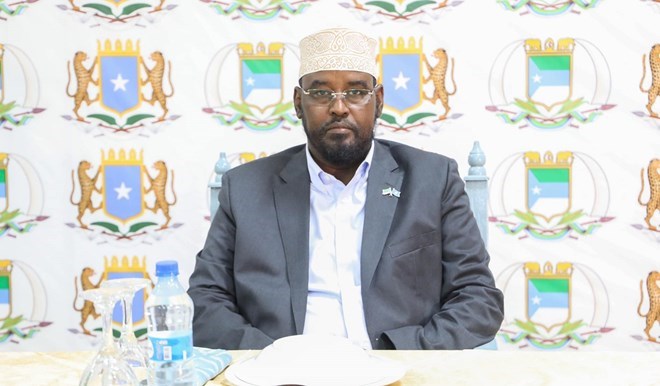 Mogadishu (HOL) The President of the Jubbaland State has appointed members to the Federal and State Electoral Commissions.

President Ahmed Mohamed Islam Ahmed Madobe submitted the names of appointees at the federal and state levels on Tuesday to Somalia’s prime minister.

The President of Jubbaland has nominated eight members to the state electoral commission.

Madobe was the first regional leader to submit his appointees to PM Roble. The remaining Federal Member States (FMS) leaders are expected to follow suit and present their list of electoral commissioners in the coming days.

The nominations of members of the Jubbaland Electoral Commission will be the first to be submitted to the office of Prime Minister Roble, and other regional administrations are expected to submit their nominations. 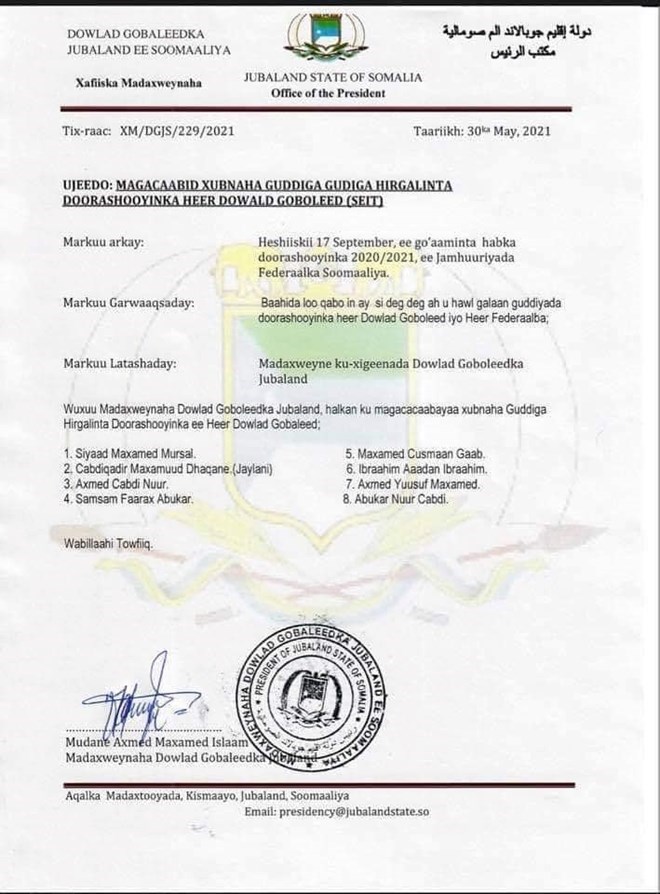 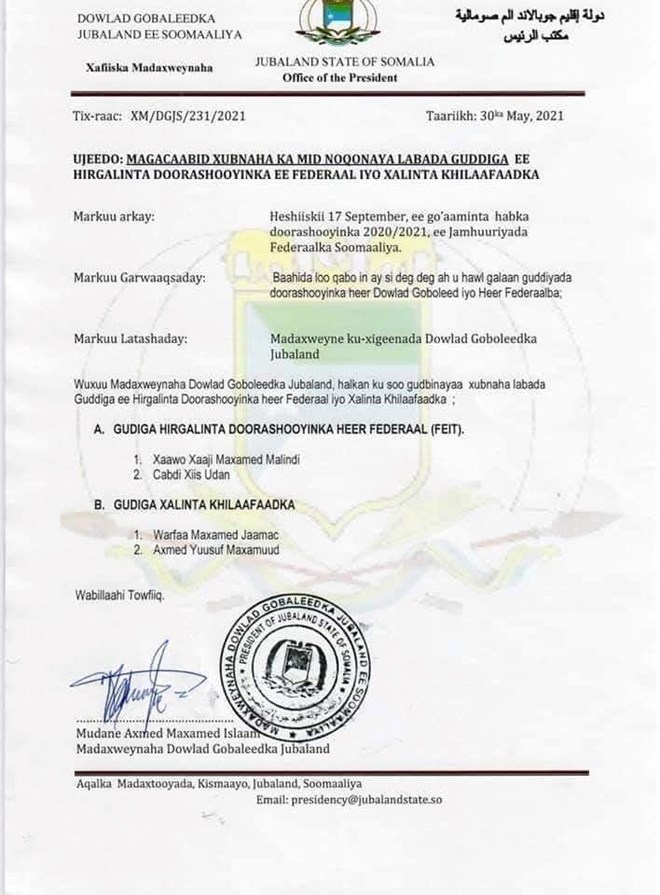