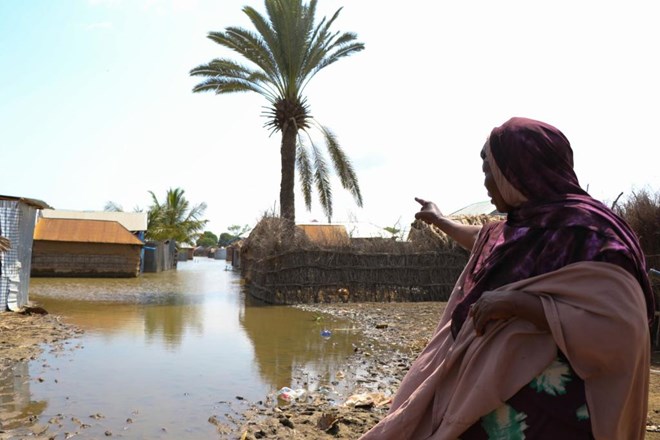 “We have decided to remain here until the water dries out. We don’t have food, shelter or safe drinking water. There are lots of mosquitoes here and my children are sick,” says Nurto. She and her children were forced to evacuate their home in recent heavy flooding.

Government figures indicate over 45,000 people have been affected by the heavy flooding that hit the Jowhar district of southern Somalia on 10 May 2021.

The climate appears to be changing and the country is now recording more wet and dry weather events, which are becoming ever more difficult to predict. The consequences for the people affected are often disastrous.

Older people, women and children are already struggling to survive, and the worst may be yet to come. Following the devastation caused by the recent heavy flooding, people are now sheltering in flood-prone areas.

The threat of waterborne diseases has risen, especially for children. With limited access to food, shelter, safe drinking water and proper sanitary facilities, the situation is a ticking time bomb for disease outbreaks like cholera and malaria.

Nurto Isse, 40, is a widow and a mother of nine children. She lost everything she owned in the flooding when it reached her home in Baarey village. She told us that her house was full of water, with dishes, clothes and jerry cans floating. She and her family have been sleeping in an open field for the past few days. 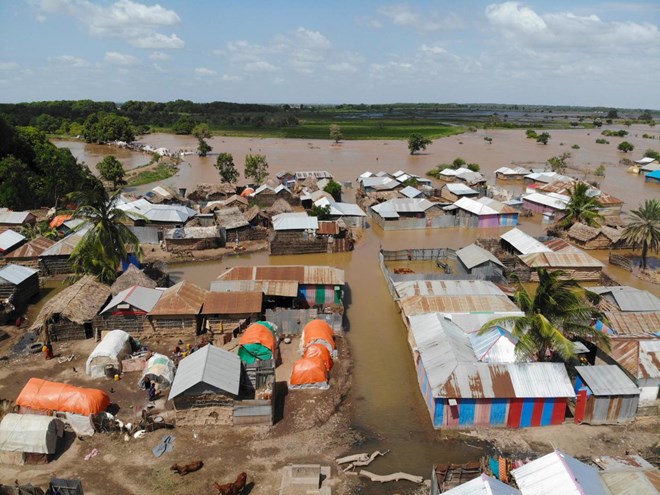 “It was midnight when the flood waters started to rise in my village. I heard people yelling and calling out for help. I hurriedly woke up my daughter, and then we made our escape from the rising waters. I quickly started to lead my children to a makeshift shelter on higher ground,” Nurto says.

“My children haven’t eaten anything in the last few days. They were asking for food. I don’t know where to get food. We don’t have a proper house to shelter from the rains. We were unable to rescue our food and household items before we left,” Nurto continues.

“We are already displaced from our original home. We have decided to remain here until the water dries out. We don’t have food, shelter or safe drinking water. There are lots of mosquitoes here. My children are sick. Mosquitos have bitten them all over.

“We need immediate help to rebuild our life and get out of this situation. The flooding not only destroyed our houses but also washed away our farmland, crops and livestock.” 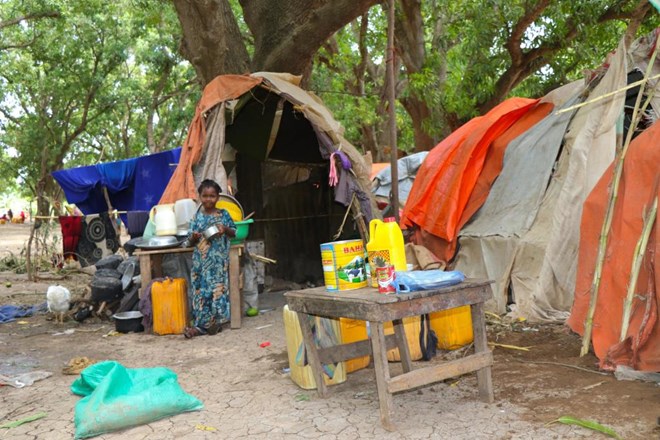 The flooding not only destroyed houses, but also cut the road connecting Jowhar to Mogadishu and Beletweyne. Those wanting to access the town must now use boats for transport.

The floods have also washed away some 10,000 hectares of crops. Some of the farms affected were in the early stages of harvesting. There are fears that the floodwaters will spread to other villages in Jowhar district.

The Norwegian Refugee Council (NRC) is on the frontline, responding to the emergency with unconditional cash transfers funded by EU Humanitarian Aid (ECHO). NRC’s team on the ground has already started the registration of 1,000 people affected by the flooding to provide cash-based assistance to meet their immediate needs.