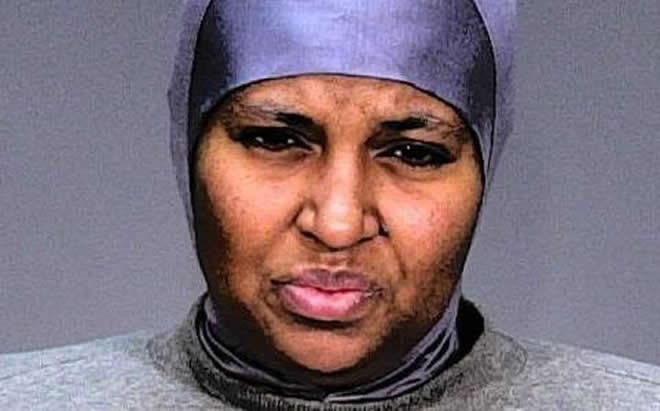 WOODBURY, Minn. — Bail has been set at $1 million for the Woodbury woman charged with attempted murder and assault for allegedly attacking two of her children, leaving one gravely injured.

She has been charged with second-degree attempted murder, first-degree bodily harm and second-degree assault in connection with the attacks on her 5-year-old daughter and 6-year-old son outside their townhouse in Woodbury early Wednesday morning.

The daughter, who suffered a skull fracture, lacerated liver, bruising over her entire body, a rib fracture and multiple brain bleeds, was listed in critical condition at Regions Hospital in St. Paul on Friday morning.

“She is not expected to survive,” Siv Mjanger, criminal division chief at the Washington County attorney’s office, told the judge during the hearing. “She is fighting for her life. … The violence and anger towards these children is just horrific.”

Mohamed, who has a history of mental health issues, told the judge that she did not understand why she in court. “What kids are you talking about? I don’t have no kids. What is going on?” she said.

Mohamed’s court-appointed attorney, Nathan Sosinski, told the judge he spoke briefly with her prior to the hearing and then “she ended the conversation,” he said.

The $1 million bail would be for release without conditions attached. The judge also set a $500,000 bail option with several conditions, including that Mohammed have no contact with her three children, take her prescribed medications, surrender all passports and submit to wearing a GPS-monitoring system.

Mohamed has a felony assault case pending in Ramsey County from a Dec. 9, 2020, incident at an apartment complex on Tedesco Street in St. Paul. According to the criminal complaint, Mohamed allegedly tried to strangle her father with a cord from a heating pad, causing him to “drift out of consciousness.” Mohamed also allegedly hit her mother “in the head with a black pot and several objects,” the complaint states.

“So she is a severe risk to the public,” Mjanger said. “She also is a flight risk. Her ex-husband has been out of the country in Somalia for several months, so I believe she has contacts outside of the country. She certainly could try to flee if she wanted to.”

Mohamed’s son and her 18-month-old daughter have been placed in foster care, Mjanger said.

Most of them were calls from neighbors, asking police to check on her welfare. She called police once because her taxes weren’t filed properly, and once because of a COVID-19 compensation check.