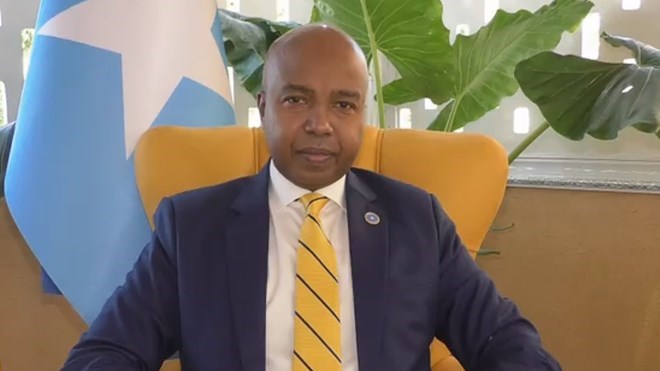 MOGADISHU (HOL) – Somali government has rejected claims Wednesday it had fallen out with Djibouti following the February report which exonerated Kenya of violation of Somalia’s territorial integrity.

“For Djibouti, we are two brotherly countries and we are all Somalis, so there is nothing wrong with our diplomatic relations,” said Mohamed. “Somalia attended the inauguration of President Ismail Omar Guelleh.”

Somalia had in February accused Djibouti of colluding with Kenya in writing the IGAD report which cleared Kenya of any wrongdoing.

Djibouti president Omar Guelleh, the current chair of IGAD appointed the team which conducted the fact-finding mission and subsequently did the report.