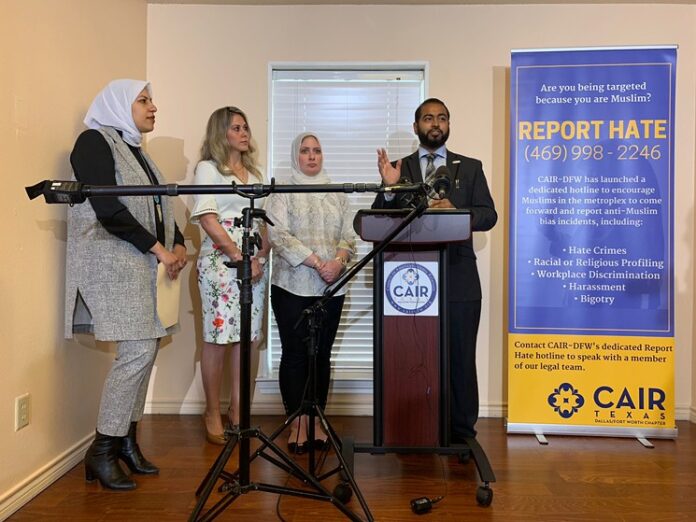 Last month, Fatima al-Takrouri and her sister, Muna, visited their mother, who was ill in ICU in a Florida hospital. When they boarded a Dallas-bound flight to head home to North Texas, they hoped to sit together.

But a Southwest Airlines flight attendant insisted that Fatima couldn’t sit in one of the only two open seats that were next to one another, the sisters said at a press conference on Tuesday. The attendant said Muna was welcome to sit there but claimed Fatima couldn’t speak English and commented to other passengers that she “would bring down the whole plane.”

Muna and Fatima say they had been speaking in Arabic, but the sisters were both born in the United States. The flight attendant didn’t back down, even when Fatima spoke with her in English, she said. The only obvious difference between the two sisters? Fatima wears a hijab and Muna doesn’t.