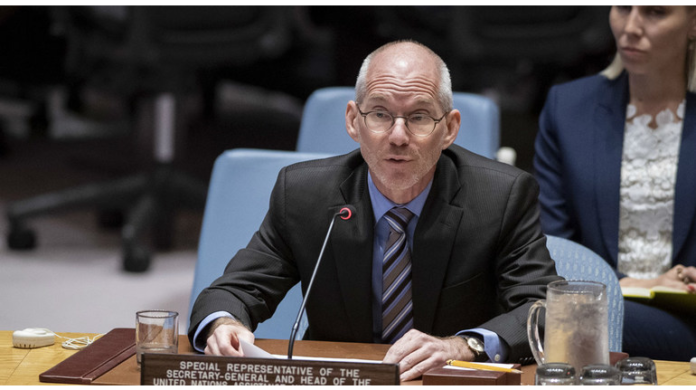 The members of the Security Council welcomed the agreement reached on 27 May at the summit convened by Prime Minister Mohamed Hussein Roble on the implementation of the 17 September 2020 electoral model.  They commended Somalia’s leaders for putting Somalia’s stability, security and development and the best interests of the Somali people first.

The members of the Security Council welcomed the commitment to hold peaceful, transparent, inclusive and credible elections, which respect the agreed‑upon minimum 30 per cent women’s quota in Parliament.

The members of the Security Council encouraged Somalia’s leaders to maintain this positive momentum so that elections can take place within 60 days as agreed.  They urged all parties to continue to engage openly and constructively so that any problems during the implementation phase can be resolved quickly and welcomed the agreement to establish a peaceful dispute resolution mechanism to enable this.

The members of the Security Council commended the support provided by the United Nations Assistance Mission in Somalia (UNSOM) and the African Union Mission in Somalia (AMISOM).  They expressed their full support for both Missions as the country prepares for elections, implements the road map outlined in the appendix to the 27 May communiqué and works to deliver the transition to Somali-led security, as called for in Security Council resolution 2568 (2021).

The members of the Security Council reaffirmed their respect for the sovereignty, political independence, territorial integrity and unity of Somalia.