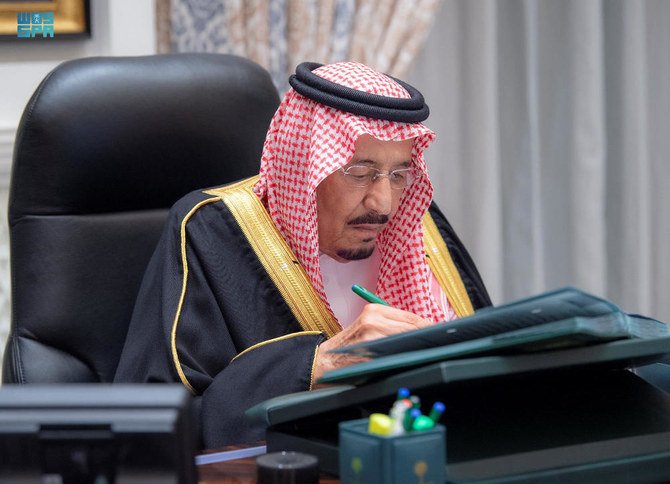 The Saudi government received a coronavirus pandemic update during the weekly meeting on Tuesday.
Cases of the virus in the Kingdom continue to fluctuate around a thousand over the past few days. There were 15 virus fatalities reported on Tuesday and 451,687 people have now contracted the disease in the Kingdom since the start of the pandemic.
King Salman, who chaired the session virtually, also gave an update to ministers on diplomatic communications with regional heads of state, including a call with the Sultan of Oman and a letter from the Emir of Kuwait.
The Cabinet reviewed the latest political developments in the region as well as internationally and efforts made to enhance security and stability.
The ministers also reviewed discussions between the Kingdom and a number of other countries, including the outcomes of the workings of the Joint Saudi-Russian Intergovernmental Commission on Trade, Economic, Scientific, and Technical Cooperation. The two parties agreed on the second phase of the road map to implement the high-level Saudi-Russian strategic cooperation framework. Sixty areas of cooperation between the two countries, and fifty-one opportunities and projects were placed on the road map for the next two years