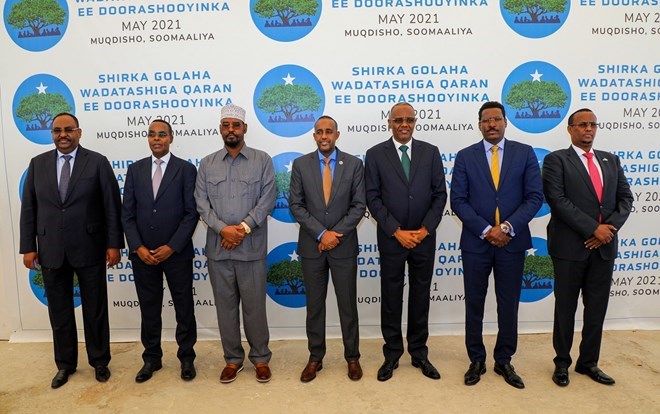 The Security Council on Friday welcomed Thursday’s agreement reached by the Somali federal government and federal member states leaders on elections, which may steer the country out of the political crisis.

In a press statement, the members of the Security Council commended Somalia’s leaders for putting first their country’s stability, security and development, and the best interests of the Somali people.

They welcomed the commitment to hold peaceful, transparent, inclusive and credible elections, which respect the agreed-upon quota of minimum 30 per cent of women in parliament, said the statement.

Thursday’s agreement, as an outcome of the summit convened by Prime Minister Mohamed Roble, would allow elections in the September 17, 2020 electoral model within 60 days.

The members of the council encouraged Somalia’s leaders to maintain the momentum, so that elections can take place as agreed.

They urged all parties to continue to engage openly and constructively so that any problems during the implementation phase can be resolved quickly.

They also welcomed the agreement to establish a peaceful dispute resolution mechanism to enable this.

They reaffirmed their respect for the sovereignty, political independence, territorial integrity and unity of Somalia.

Under the September 17, 2020 agreement between the federal government and five leaders of the federal member states, verified clan elders would elect a parliament, which would then select a president.

The parliamentary elections were scheduled for December 1, 2020, but were delayed.

A political crisis emerged after the presidential term of office expired on February 8, 2021.

Somalia’s lower house of parliament passed a bill on April 12 to extend the terms of the executive and legislative arms of the federal government by two years, deepening the political crisis that later erupted into fighting between government forces and those backing the opposition.

The lower house voted on May 1 to annul the April 12 bill and return to the September 17 model.