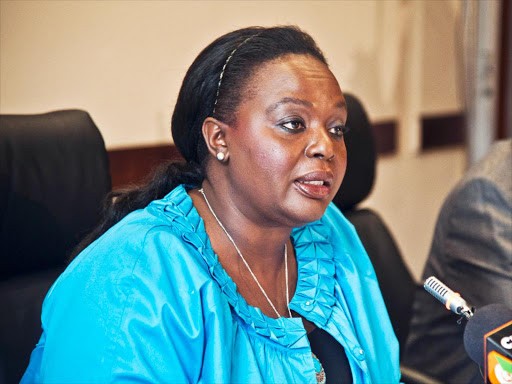 Airspace is open for humanitarian flights only.

The ministry informed the Diplomatic Missions, UN Agencies, and International Organisations that the exemption has been given to humanitarian and medevac flights only.

The Kenyan government through the Ministry of Foreign Affairs has said that its move to close its airspace for all the flights from Somalia was prompted by the severance of diplomatic relations between the two countries.

In a diplomatic note dated May 27, 2021, the ministry informed diplomatic missions, UN Agencies, and International Organisations that the exemption has been given to humanitarian and medevac flights only.

It said that the ministry must be furnished with the list of passengers as well as the goods to be transported to Somalia by the humanitarian flights before the clearance is issued.

Kenya said that it has noticed that some of the humanitarian flights are being misused for bilateral and political matters, which is contrary to the NOTAM and the public notice to Missions that air communication between Kenya and Somalia had been stood down.

“The Ministry reiterates that Humanitarian flights must strictly be used for humanitarian purposes to avoid a possible declaration by the government of Kenya of a full lockdown on all flights.”

However, it said that it is ready for negotiations to renew its diplomatic missions.

This comes barely three weeks after Somalia said that it had restored diplomatic ties with Kenya after severing them in December.

It accused its neighbour of meddling in domestic politics ahead of elections which have now been postponed.

Relations between the two countries are often stormy.

They have been engaged in a maritime dispute for years, with both sides claiming potentially oil-rich waters.

Kenya has nearly 4,000 troops based in southern Somalia in an attempt to form a buffer zone to defend against the jihadist group al Shabaab.

Relations between the countries have also been tense over the ownership of potential oil and gas deposits, some of which lie off the coast of Jubbaland, one of Somalia’s five semi-autonomous states.