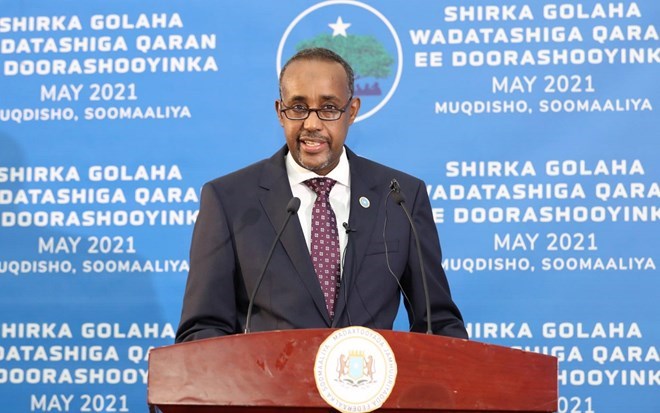 MOGADISHU (HOL)  – Somalia will head to elections in 60 days, a new deal signed by the country’s leadership Wednesday has revealed bringing to an end several months of negotiations and bitter exchanges between the Federal Government, sections of the Federal Member States and the opposition.

According to the agreement, both levels of governments will coordinate on the electoral process and prepare the country for elections in 60 days from now meaning Somalis will be electing new leaders in August.

The Federal Indirect Elections Team (FIET) and its regional level counterparts will prepare elections calendar, the agreement reads in part. Some of the other issues dealt with in the new agreement include security and administration of Gedo region.

A committee drawing membership from all the federal member states except Jubbaland will be constituted and tasked with nominating a commissioner and deputy for Gerbaharey district within 30 days and submit the names to Jubbaland president Ahmed Madobe for appointment.

The agreement also provides a solution to the FIET composition which had been contested by the opposition. It provides that contested names shall be submitted to the Prime Minister who will in turn transmit to the Federal Member States for replacement.