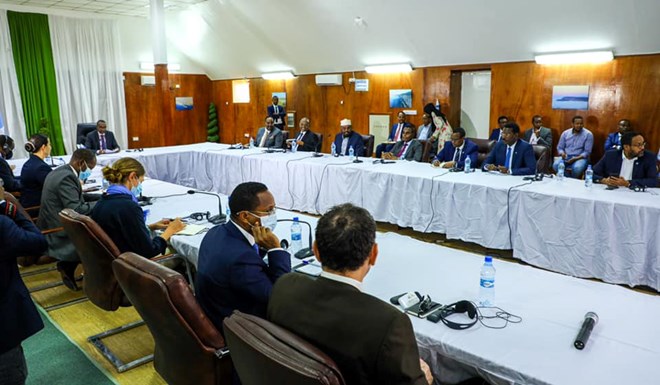 A tweet from the Prime Minister’s office noted the two sides discussed the new electoral agreement and the role of the international community in its implementation.

The meeting follows the signing of the electoral deal on Thursday which ended long-running negotiations between the Federal Government and the Federal Member States.

According to the deal, elections will be held in 60 days starting from the day of the signing.

The provision is part of several agreements which include elections security, the conduct of elections for representatives for Somaliland and the Gedo question among others.

The international community has welcomed the agreement and called for its ‘swift implementation’. In separate statements, the UN, US and other foreign missions in Somalia hailed the agreement which came following a week-long talks between the PM and FMS leaders.

The international community is expected to fund part of the elections which unlike the 2016 round will involve close to 30,000 delegates.