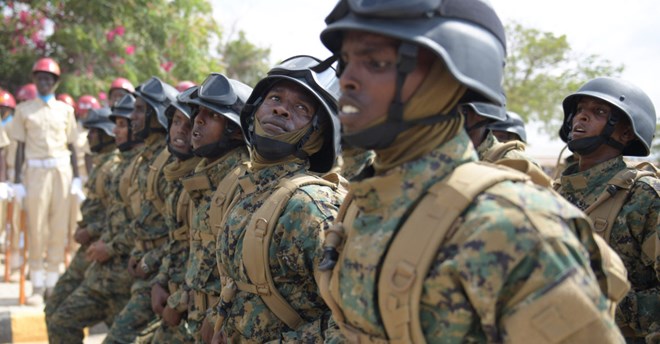 MOGADISHU – (Xinhua) — The Somali National Army (SNA) said Saturday its forces killed 37 al-Shabab militants in Middle Shabelle region on Friday night amid the ongoing military operations to flush out the extremists in the southern part of the country.

“The Somali National Army (SNA) last night carried out a planned operation in the Galka-Harare area of Middle Shabelle where the militants were based, killing 37 al-Shabab militants and capturing two others,” SNA said in a statement issued in Mogadishu.

The incident came after the government forces killed 15 al-Shabab militants including leaders during an operation in Gal-labashiir village in Middle Shabelle region on Friday.

The government forces have intensified security operations against the al-Qaida allied terrorist group as the country prepares to hold presidential and parliamentary elections within 60 days.

The terrorist group which has been fighting to overthrow the government has vowed to disrupt the elections.