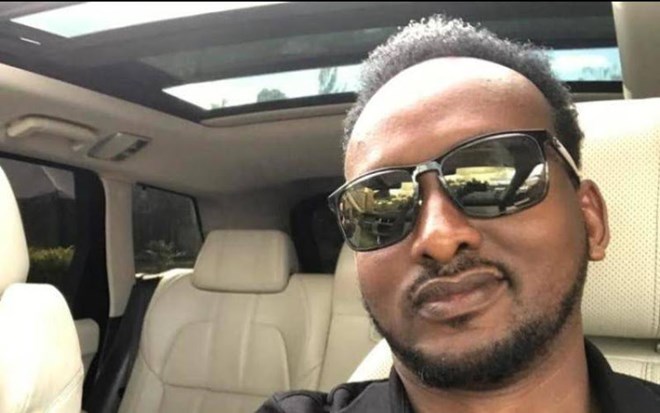 The family of Somali-American businessman Mohamed Bashir Mohamoud whose body found at a Kerugoya hospital has denied he was involved in fake currency trade.

Bashir’s body was found on Saturday last week on the banks of River Nyamidi in Kirinyaga County. It had deep panga cut wounds in the head and two bullet wounds on the head. Blood was also oozing from the mouth and nose.

An assistant chief in the area alerted police from Wanguru police station who took the body the Kerugoya Level 5 Hospital mortuary.

Through their lawyer Alibaya Hassan, the family rejected as “unfortunate speculation that has no semblance of truth” the allegations that swirled online that he was engaged in fake currency business, also known in informal lingo as wash wash.

Hassan asserted that all “the transactions that Bashir was involved in were straight forward and did not have any illegalities.”

The family also denied allegations that Bashir-who hailed from Belad Hawa in Somalia and was said to be involved in the political standoff in the country-used the proceeds of his trade to fund terror activities, including those of al Shabaab.

But questions persist on why and who could have murdered the 36-year-old contractor.

So who were the killers? What was the motive? Why did he leave the USA?

The lawyer said the family, which has asked for privacy, is currently focused on ensuring the man was decently buried in line with Islamic rites and after that can focus on getting justice.

“For us, burial takes precedence over everything else. Though distraught, the family is focusing on burying him and then pursue justice later.”

Bashir went missing on May 13 after he visited Miale entertainment lounge in Lavington area shortly after 5pm. CCTV footage showed him chatting with security guards and bouncers at the establishment when he arrived just before he disembarked from his black Range Rover car registration number KCQ 007P, dishing out what appeared to be Sh1,000 notes to them.

The footage also showed that past 6.30pm shortly after he drove off the joint, his car was obstructed by another, causing a traffic snarl up on the road as passersby crowded to see what was going on.

It was not clear what was happening to him as this part was not captured by the surveillance footage.

His vehicle was later found burnt to a shell at a thicket in Kibiku, Ngong’ area of Kajiado County.

The remains of the car were evacuated from the scene by unknown people before the police could process the area to preserve forensic evidence.

During that hour captured by the surveillance footage, Bashir tried to call his wife, but the call was interrupted and his phone confiscated in what is presumed to have been a scuffle.

The family believes it was then switched off immediately.

However, data from a leading telco traced the phone to Ngong Road, which is also where the police last traced his car. His car tracker was also disabled.

The disappearance of the businessman from the city and then his body being found kilometers away follows a similar pattern apparent in the disappearance and murder of a group of men last seen in Kitengela last month.

The four were said to have been meeting at a restaurant in Kitengela from where they disappeared and their bodies found in various places in the former Central Province. They were also accused of engaging in ‘wash wash’ trade, among other alleged con businesses.

A senior detective involved in probing the Bashir case told the Star in confidence that “We believe he was part of a fake money syndicate in Kilimani and Lavington”.

The family vowed not to rest until those responsible for Bashir’s death are brought to book. A post mortem is planned on the body.

The structural engineer and proprietor of Infinity Developers, based in Nairobi, was an American citizen who had lived in the state of Ohio. His marriage there had ended and he moved to Nairobi on a visa.

He had a family in Kenya and his wife gave birth barely eight days before he went missing.

His lawyers insist that due to his American citizenship, they intend to petition the US government to enlist FBI in the investigation of the circumstances of the murder of the businessman. They had earlier complained of the sluggish pace of investigations.

Activists on Sunday alleged that the government was to blame for the disappearance and murder of the businessman.

“Mohamud Bashir Mohammed was kidnapped in Nairobi which has government CCTV, murdered and dumped in Kirinyaga. His car was burnt and the shell disappeared…” activist Boniface Mwangi said.