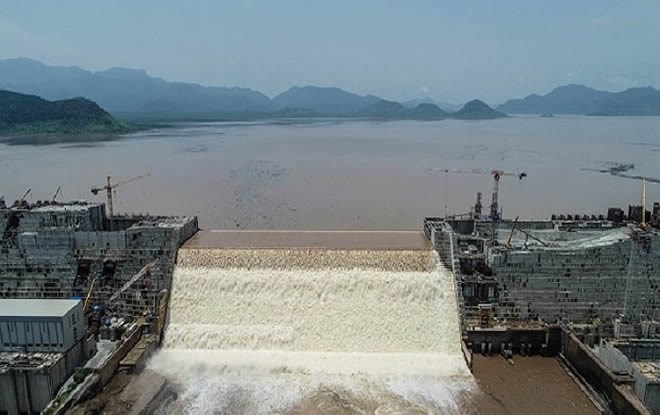 Ethiopia is poised to undertake the second filling of the Grand Ethiopian Renaissance Dam (GERD) in the coming rainy months of July and August.

And it is revealed that there is a plan to use cloud seeding technology in addition to the heavy rains that Ethiopia gets between July and September. It is Ethiopia’s National Metrology Agency initiative.

Deputy Director of National Metrology Agency, Kinfe Hailemariam, on Saturday said that about ten institutions, in the country, took part in the cloud seeding technology which started recently.

The technology helps to get rain where it is needed, said Dr. Dinku Tufa, a senior researcher at International Research Institute for Climate and Society (IRI).

Ethiopia has been making preparations to undertake GERD second filling, including forest clearing forest for reservoir, of the GERD which is expected to retain 13.9 billion metric cubes of water. Also, Ethiopia has installed two turbines this week with the aim to start generating electricity following the second filling.

With a tacit support of the European Union and the United States, Egypt and Sudan have been putting pressure on Ethiopia not to undertake the filling without a binding agreement.

Ethiopia rejected their position on grounds that it violates the Declaration of Principle agreement the three countries signed in 2015.