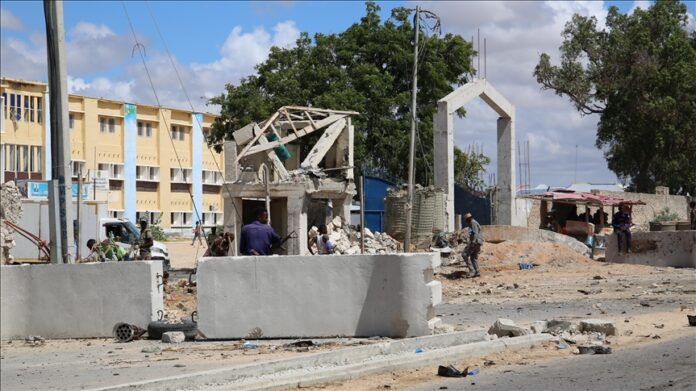 Bomb targets busy market in Baidoa city, no group has yet claimed responsibility

At least three people, including civilians, were killed and seven others injured in southwestern Somalia on Friday in a bomb blast that targeted a busy market, according to an official.

Abdiqani Mohamud, a police officer in Baidoa city, told Anadolu Agency that the explosion was caused by an improvised explosive device set to explode during the crowded daytime hours.

“A lot of people, including consumers of the narcotic Khat [plant] were at the market. We don’t know exactly how many people have been killed but we know for sure so far that three were killed and more than seven others injured in the attack,” Mohamud said.

The wounded were rushed to the Bay regional hospital in Baidoa for treatment, he added.

Isse Abdirahman, an eyewitness who also spoke to Anadolu Agency, said the blast devastated part of the market.

Baidoa is a major city located 243 kilometers (150 miles) southwest of the capital Mogadishu and the administrative capital of South West State.

No group has yet claimed responsibility for the attack but the Somali-based al-Qaeda affiliated terrorist group al-Shabaab has perpetrated similar recent attacks in the Horn of Africa nation.

The blast comes a day after Somalia decided to go to the polls after the country’s leaders announced the resolution of an election impasse between the federal government and regional leaders.