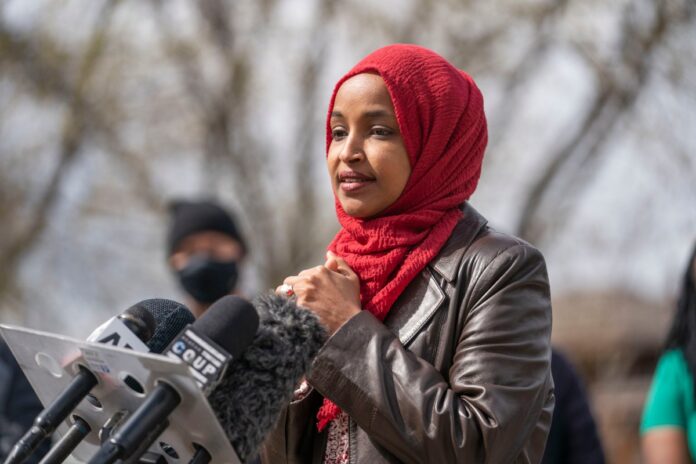 Temporary status for immigrants who have fled conflict is back on the table for some countries—but not for others.

President Joe Biden reinstated Temporary Protected Status (TPS) for people from Myanmar and Haiti starting May 25. But the designation is still up in the air for Somali nationals whose TPS status would expire September 17. Four members of Congress, including Representative Ilhan Omar (D-MN), signed onto a letter calling on the Biden administration to extend TPS protections for Somali nationals, too.

TPS prevents deportation for immigrants from select countries that have been designated too dangerous to return to by the federal government. TPS recipients also receive work authorization. However, the status is temporary and does not offer a path to citizenship. The Trump administration attempted to dismantle all TPS protections, but multiple lawsuits were filed and courts found that the effort had no legal basis. An estimated 2,135 people in Minnesota receive TPS.

“This is a life-and-death matter for so many people in my district and across the country,” Ilhan said in a statement to Sahan Journal. “The situation in Somalia is far from safe, and many TPS recipients live in fear and anxiety, not knowing whether they will be able to remain in a country they now call home.”

“Terminating TPS for Somalia would also have devastating consequences for U.S-citizen children of Somali TPS holders, as parents would be faced with the impossible choice to either leave their children behind or take them back to dangerous conditions in Somalia,”

Federal law mandates that the administration decide on redesignation at least 60 days before TPS expires, making the deadline July 19 for a decision on Somali nationals.

The group of congressional leaders is also calling for at least a 180-day registration period and a culturally competent public education campaign to inform the Somali community.

The letter points to unrest in Somalia and COVID-19 as factors that pose a threat to people who would have to return to Somalia if their status expires.

According to a data collection organization, the Temporary Protected Status Advocacy Working Group, Minnesota has the highest concentration of TPS recipients from Somalia in the country.

Ilhan worked to expand TPS last year, but that extension would currently end in September. An extension would impact about 500 Somali TPS recipients. TPS designation for Somali nationals started in 1991.

The Department of Homeland Security announced that people from Myanmar can apply for TPS during a six-month window beginning May 25. The department authorized TPS due to the military coup in Myanmar. TPS does not allow entry for nationals from Myanmar. It only protects people who were already living in the United States on March 12, 2021.

Want more? Get news and stories that illuminate the lives and experiences of Minnesota’s immigrants and communities of color.SIGN UP NOW

Mayorkas also announced redesignation of TPS for Haitians through November. The order applies to Haitians living in the United States as of May 21. Mayorkas said in a statement: “Haiti is currently experiencing serious security concerns, social unrest, an increase in human rights abuses, crippling poverty, and lack of basic resources, which are exacerbated by the COVID-19 pandemic.”

Local immigration attorneys also called for the Biden administration to consider reinstating TPS for a host of other countries. In addition to Somalia, Haiti and Myanmar, Minnesota is home to TPS recipients from countries including El Salvador, Nicaragua, Sudan and South Sudan.

James Rasmussen is an attorney at the Immigrant Law Center, a legal aid agency in Minnesota. He stressed the importance of extending protections for immigrants from other countries too.

“We are seeing an increase in violence around the world, and an increase in unrest and unsafe conditions that have been brought on by the COVID-19 pandemic,” Rasmussen said. “The underlying principle for Temporary Protected Status is that it is a form of humanitarian relief.”

Rasmussen added that there are multiple benefits to receiving TPS on top of protection from deportation. Recipients can get work permits, which means they can support their families, and also get driver’s licenses.

The biggest barrier for his clients receiving TPS is not knowing if they will get the chance to continue receiving that status. If the federal government decides to extend TPS protections, they might get extra time. In that case, recipients typically have to reapply every six, 12, or 18 months in the United States. If they don’t get an extension, they’ll have to return to their home countries. In some cases, they may be able to apply for asylum in the United States.

TPS started in 1990 to offer short-term residence for people fleeing conflict in their home countries. Since then, it has offered protection to people from more than 23 countries. Renewal depends on the individual and the country they came from.

While TPS does not offer a path to citizenship, Liberians in the United States were able to gain more secure status last year. The Liberian Refugee Immigration Fairness act grants permanent residence to Liberians with TPS, as well as undocumented Liberians. Those recipients also had the unique opportunity to immediately apply for citizenship once approved for permanent residence.

Ilhan said in a statement that she is also pushing for the American Dream and Promise Act currently in the Senate, which would provide Dreamers, TPS recipients, and recipients of Deferred Enforced Departure (DED) protection from deportation and a chance to obtain permanent legal status.

Rasmussen encouraged people eligible for new TPS designations to seek legal representation. The applications for Haiti and Myanmar will end in November.

“It is a very complicated process. It’s important to do things correctly and get the paperwork right,” Rasmussen said. “And it can be overwhelming for people, especially if they’re going through unrest and uncertainty in their home country.”