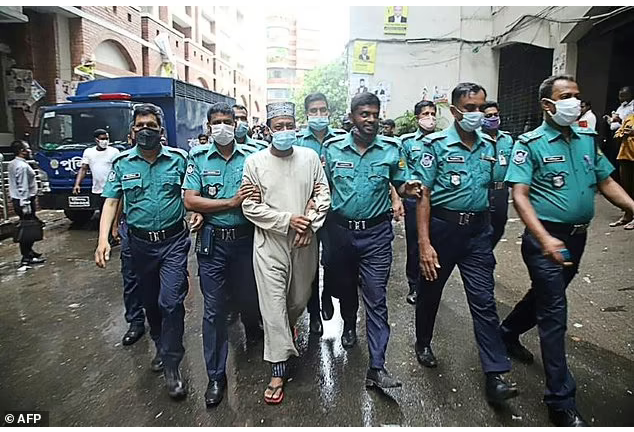 Bangladesh police have arrested Amir Hamza, one of the country’s most popular Islamist preachers, on charges of inciting militants

Bangladesh police have arrested one of the country’s most popular Islamist preachers, whose rallies draw tens of thousands of people, on charges of inciting militants, a senior officer said Tuesday.

Amir Hamza is the latest high-profile Islamist to be held since March, when a visit by India’s Prime Minister Narendra Modi sparked protests in which at least 13 people died.

Hamza was detained in a raid at his home in the western city of Kushtia and then transferred to Dhaka, police said.

“He is an accused in an anti-terrorism case,” Asaduzzaman said, adding that investigators had found videos of Hamza’s speeches in the mobile phone of a suspect detained this month over an alleged plot to attack Bangladesh’s parliament.

Hamza, who is in his 30s, is one of a new generation of Islamist preachers whose firebrand speeches draw huge huge crowds in the Muslim majority nation.

In 2019, Mizanur Rahmani Azhari, another prominent preacher, fled the country over fears he would be prosecuted for his remarks.

The visit by India’s Hindu nationalist leader was the spark for the new wave of arrests. Prime Minister Sheikh Hasina was reportedly embarrassed by the protests during a visit by a key ally.

Bangladesh’s deputy national police chief, Haider Ali, told AFP that at least 1,230 followers of the Hefazat-e-Islam group had been arrested since the deadly protests on March 26-28.

Dozens of Hefazat leaders have been detained.