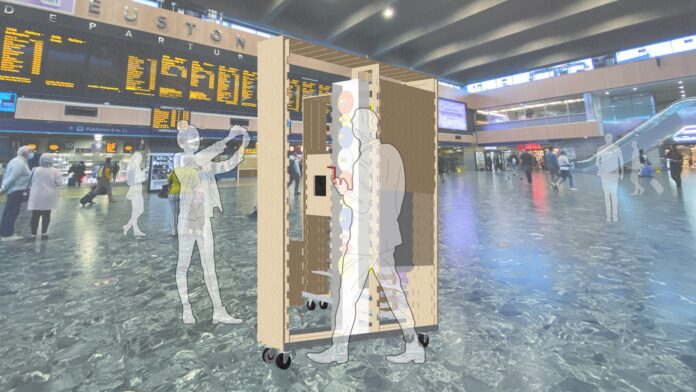 Emerging practice Muslim Women in Architecture (MWA) has won LFA’s and Network Rail’s competition for a new £12,000 temporary exhibition system for train stations in London and the UK.

The London, Dubai, Toronto and Doha collective – which works to empower Muslim women in the built environment industry – was chosen ahead of rival bids including AJ 40 under 40 talent Editional Studio, and Netherlands and UK-based practice Everyday Fictions.

Mark + Cristina, a duo who currently work at We Made That; South London collective Bamidele Awoyemi, Farouk Agoro and Livia Wang; and London and Shenzhen-based Project Poché completed the shortlist. The six shortlisted teams each received £500 to draw up design concepts.

The call for concepts – organized by London Festival of Architecture (LFA) and supported by Network Rail – set out to identify a new system which could be used to host creative exhibitions in railway stations across the UK and help enhance the role these places play in their local communities.

The winning collective’s initial Euston installation – due to complete in time for this year’s LFA in June – will showcase Network Rail’s Design Guidance Series – a suite of up to 29 documents highlighting Network Rail’s commitment to quality design.

Muslim Women in Architecture will now be awarded £12,000 (which includes a £4,000 design fee) to develop a fully costed, feasible design for the installation.

‘London’s stations are among the city’s most important yet overlooked public spaces, and MWA has risen to the challenge of engaging with people from all backgrounds through its engaging, inclusive and flexible exhibition design. I’m looking forward to seeing the exhibition design make its debut during this year’s London Festival of Architecture in June.’

Network Rail is responsible for the maintenance and upgrading of the country’s 32,000km railway network. The organisation is mid-way through a £38 billion investment programme which will increase electrification and capacity on many routes.

The Curating Concourses competition is the latest in a string of recent competitions initiated by Network Rail, and the third to be run in collaboration between the transport infrastructure giant and LFA.

In 2018, Danish practice Gottlieb Paludan Architects won an RIBA-run contest for Network Rail to rethink pedestrian footbridges across the organisation’s 40,000ha estate. In November, the RIBA named the five finalists in a major contest to rethink the future of small to medium-sized stations across the Network Rail estate.

Anatole said: ‘This competition is a fantastic opportunity to highlight the curatorial potential of station spaces and we are delighted to announce Muslim Women in Architecture as the winning entry.

‘Their approach brings together clever use of technology and adaptable solutions that showcase our commitment to quality design on Britain’s railway network in an accessible, interactive and engaging way for passengers. We look forward to seeing their imaginative concept come to life at London Euston Station in June.’

Winner: As you’re passing by, Muslim Women in Architecture

The exhibition concept is split across a number of separate mobile ‘suitcase’ modules – with each featuring two double-sided hinged display panels. As stations are among the most diverse ‘meeting points’ in our cities, ‘As you’re passing by’ considers how stations can offer a more inclusive and accessible environment, informed by MWA’s experience of exclusion and empathy that shapes the collective’s approach to design as a result.

‘As you’re passing by’ makes use of simple, eye-catching elements to break down the key information, making this easy to see and understand even when passing-by from a distance. Using tactile surfaces, as well as contrasting tones and materiality, these panels illustrate the images and graphics from these documents, while also bringing attention to Network Rail’s subtle design intent that is often forgotten during the bustle of travel.

To create an engaging experience for all, the exhibition display also includes interactive and playful elements such as mirrored panels, a cog mechanism, movement and QR technology. By employing a range of tactile and tech features, the exhibition hopes to appeal to a broad audience – creating a space that feels accessible and comfortable to visitors, locals and passengers of all ages and backgrounds, and in turn maximising the learning opportunities presented by the exhibition helping to introduce a shared space for all.

Seeking to create a flexible and adjustable design, the display panels are mobile and made up of ply sheets which slot together for easy on-site assembly. The panels can be arranged or opened and closed to any desired angles to create more intimate or open spaces, allowing the installation to easily cater for different locations as well as different types of exhibitions in future. 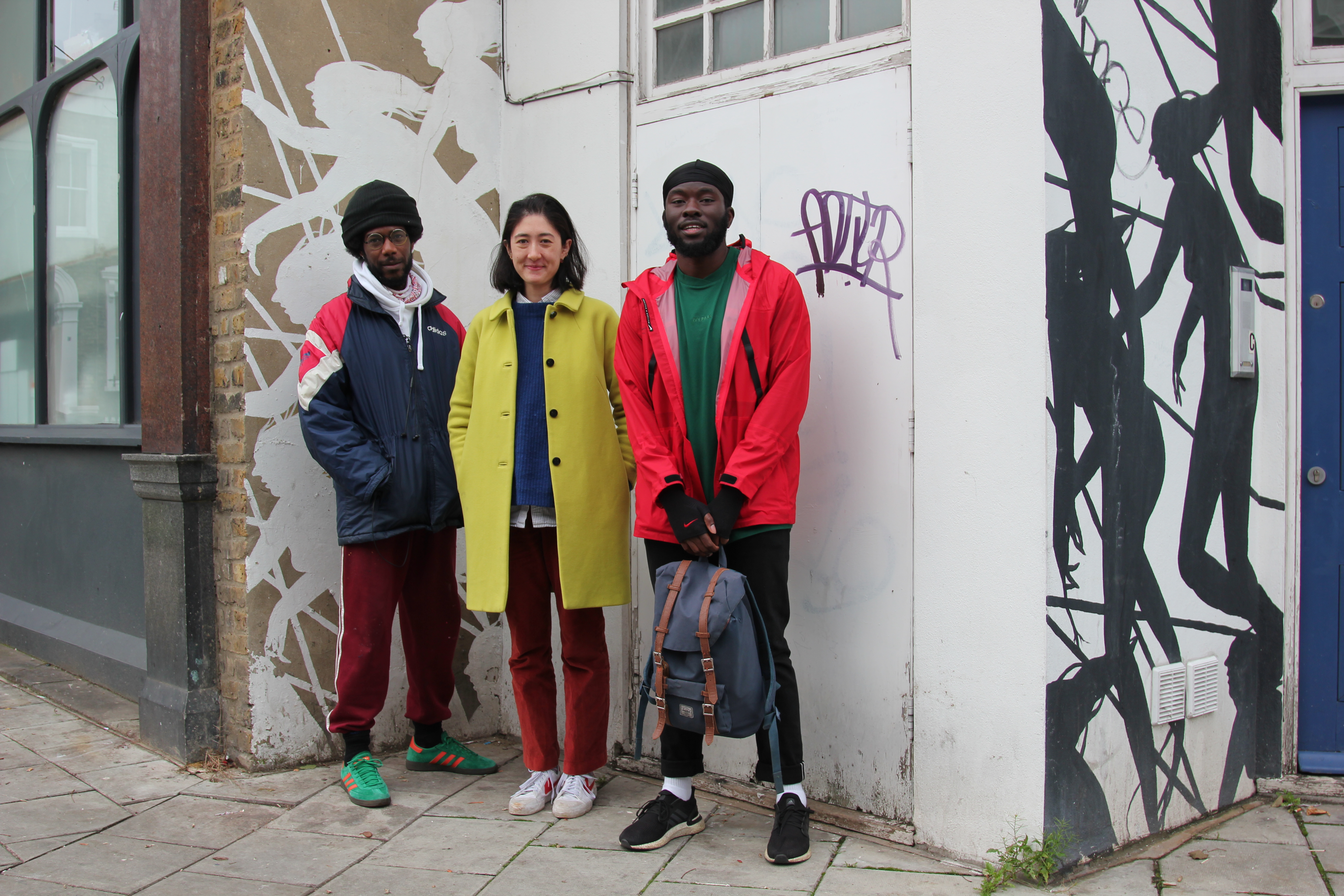 Bamidele, Farouk and Livia are a collective of designers and artists living and working in South London, with an ambition to collaborate with different groups, specialists, and communities in their projects. Despite practising and sharing backgrounds in architecture, much of their work has crossed into disciplines of art, film, exhibition, education, and curation. 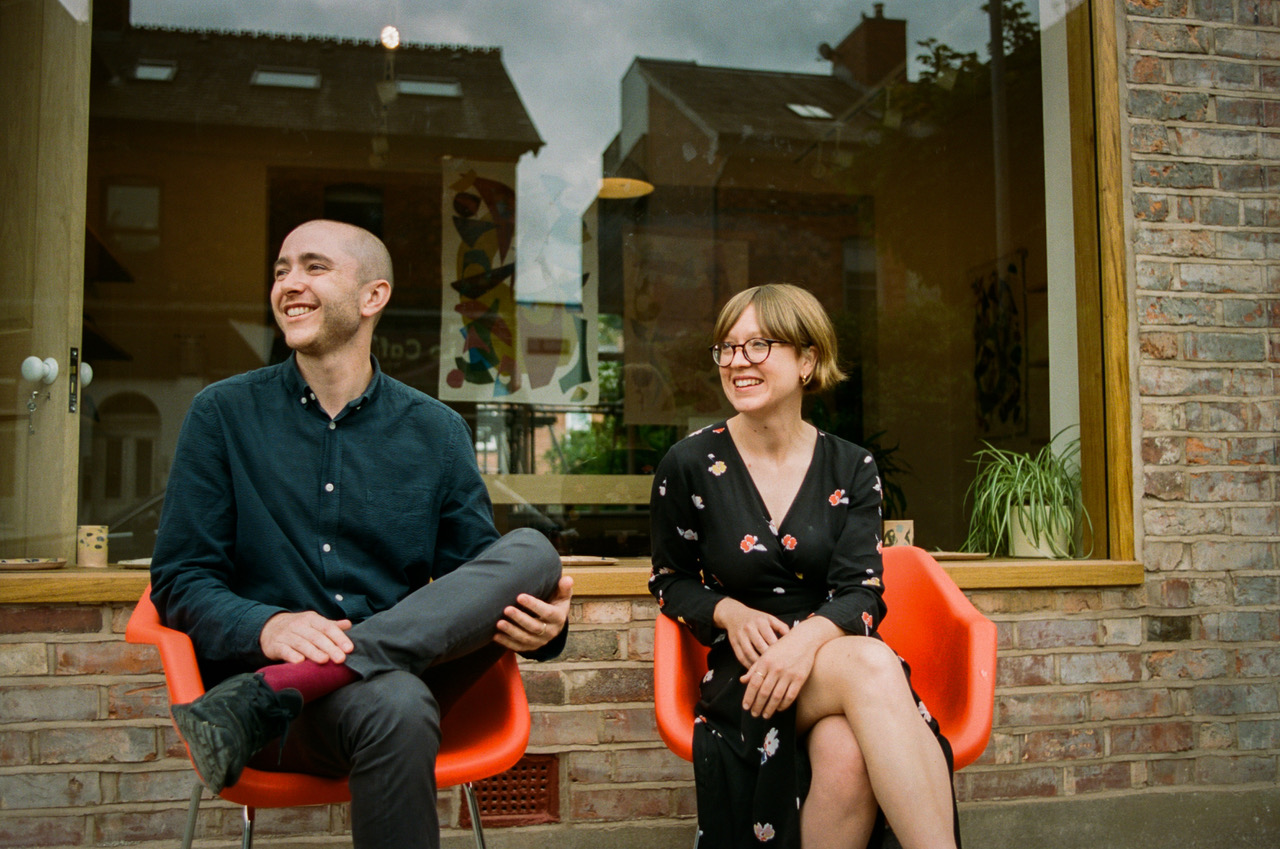 Editional Studio is run by architects Jo Sharples and Jack Richards. Working from their high-street shop in Manchester, the team promotes approachable, sustainable design directly to the community. For the Curating Concourses competition, their aim is to bring the travelling exhibition to life for the diverse public that train stations provide for. 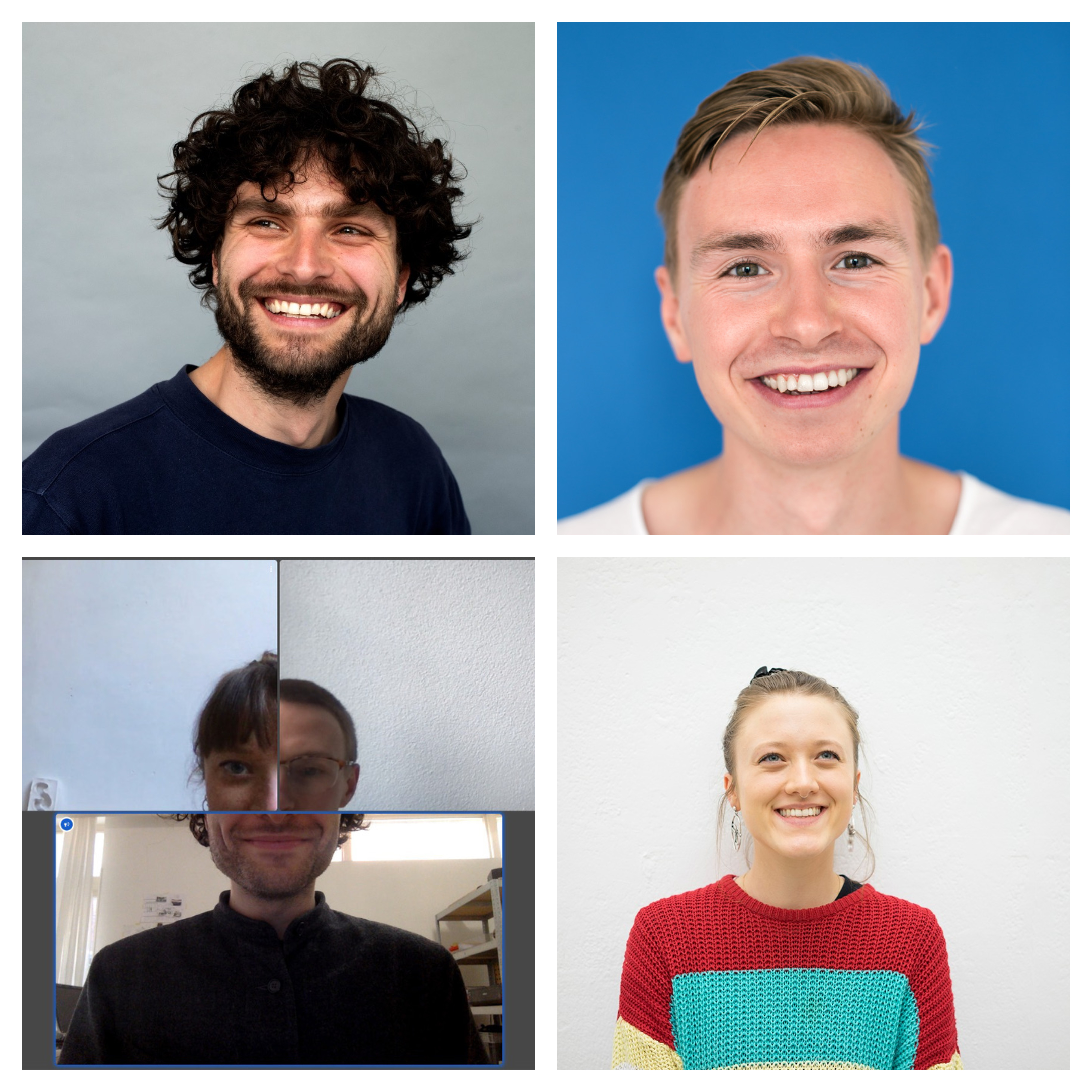 Founded in 2020, Everyday Fictions is the collaborative practice of Jack Bardwell, Richard Fussey and Emilie Loiseleur, based in London and The Netherlands. Combining their experience in designing spaces, exhibitions and installations for cultural institutions and communities, the team use spatial design and performance to speculate on other realities and initiate public discourse. 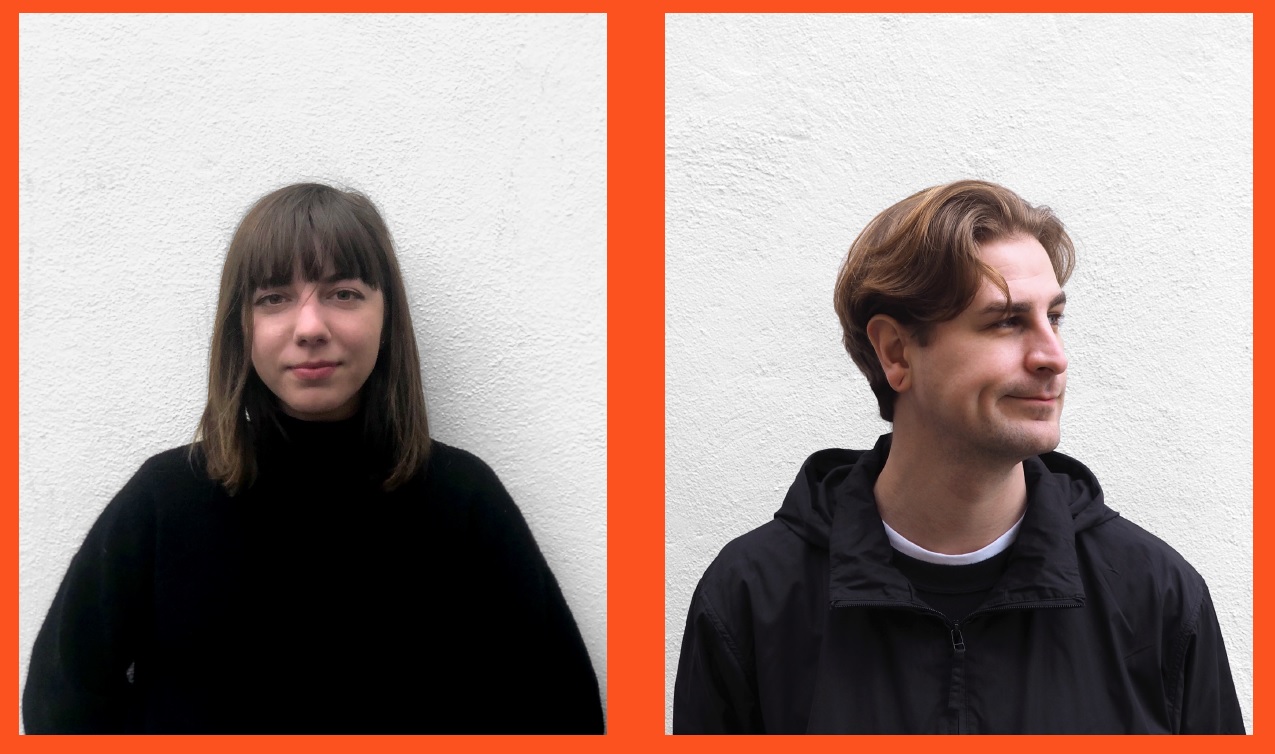 Based in London, Mark and Cristina are a design duo currently working at We Made That, who have recently started collaborating on personal projects. Their work is socially engaged and participatory, looking to create more equitable spaces. 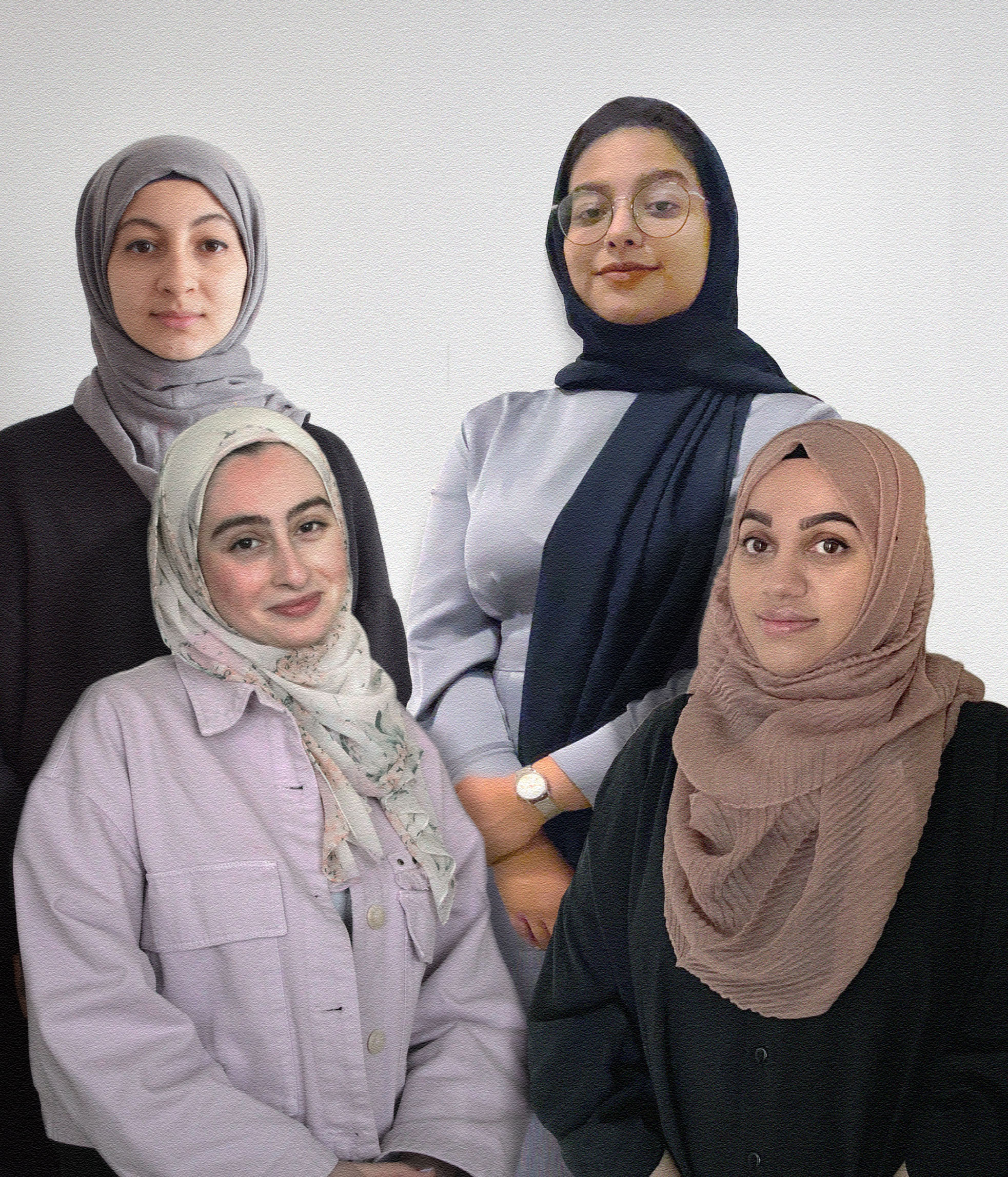 Muslim Women in Architecture (MWA) is a collective based between London, Dubai, Toronto and Doha, working to empower, inspire and celebrate Muslim women in the architecture and built environment industry. It is a safe space for underrepresented Muslim women to gain control of their narratives and start a conversation around the inequality and adversity they regularly face. Through their platform, the collective encourages an open discussion amongst those within the profession and outside, in hopes to bring positive change in the industry. 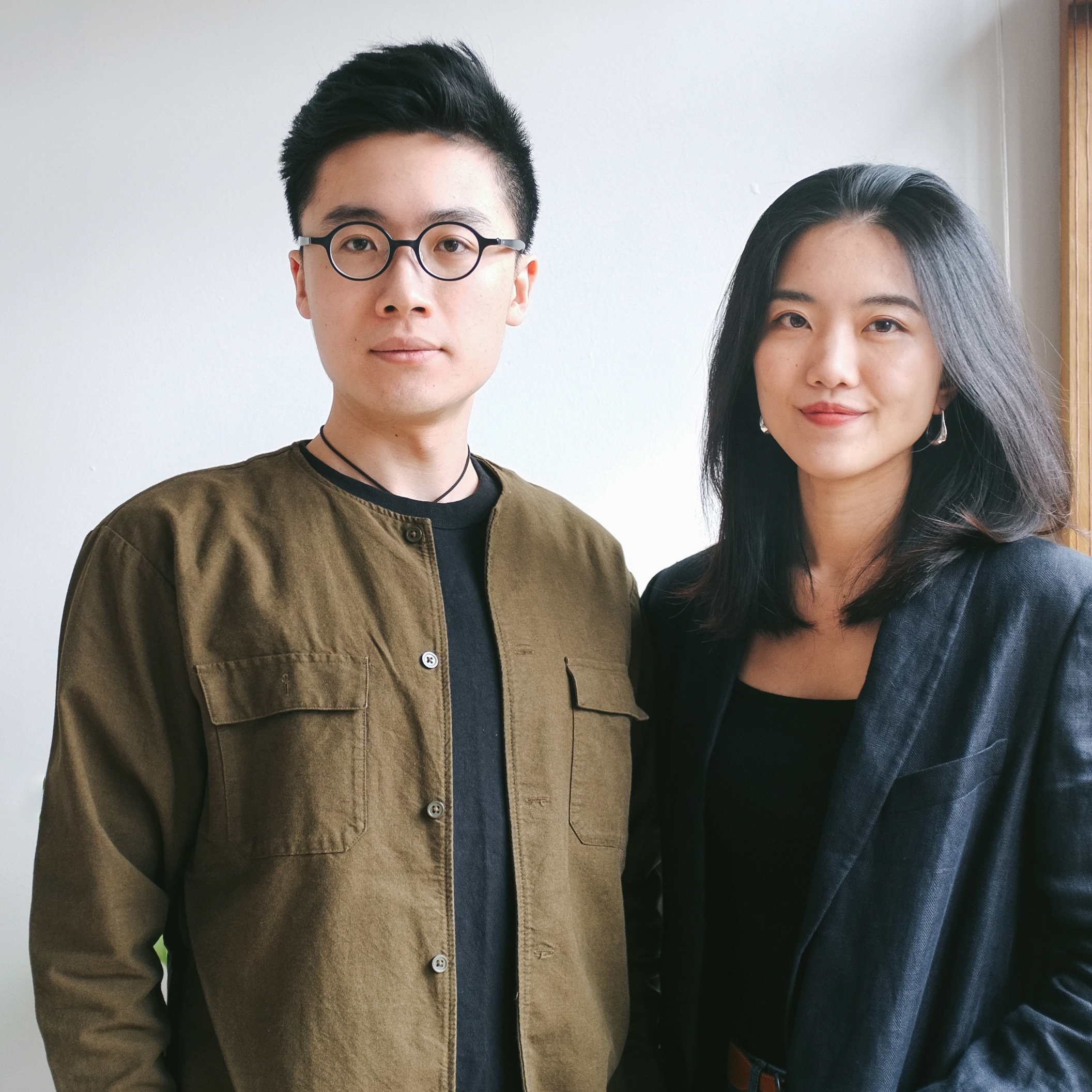 Founded by Boji Hu and Ya Liu in 2019, Project Poché is a multi-disciplinary design practice based in London and Shenzhen. The studio engages in architecture, public realm projects and small-scale interventions. The team values a research-centred approach and keeps its flexibility, creativity and openness through extensive collaborations.