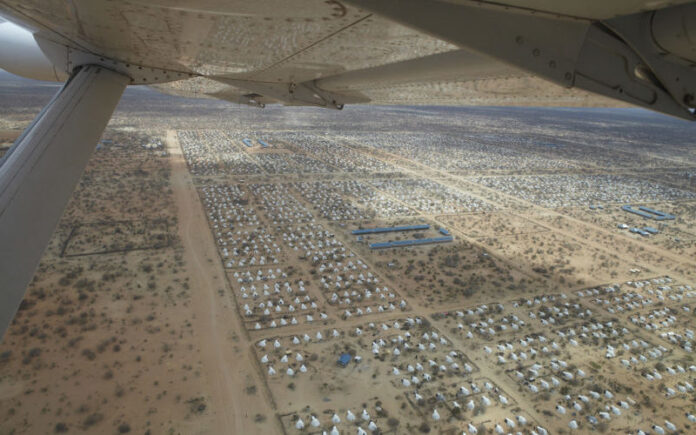 The maritime dispute between Kenya and Somalia has dragged diplomatic relations between the two neighbours to a new low, with the most likely outcome favouring Somalia. In threatening to close Dadaab and Kakuma, Kenya may be seeking a new source of pressure to apply to Mogadishu through deploying the prospect of thousands of returnees as leverage. On the 23rd March 2021, the Kenyan government delivered an ultimatum to the United Nations High Commission for Refugees (UNHCR): present a plan for closing two of the largest refugee camps in the world, Dadaab and Kakuma, within two weeks or else the Kenyan authorities will unilaterally begin repatriating the occupants. Over half a million people reside within the two camps, and over half of them are ethnic Somalis. Kenya cites the camps as vital sources of support and recruits for Al-Shabaab, the militant group which has carried out devastating attacks on Kenyan soil; including the Westgate Mall attack in 2013. Yet, Kenya’s ultimatum also comes at a time when relations between Nairobi and Mogadishu have reached a perilously low ebb.

Tensions between Nairobi and Mogadishu have degraded rapidly since the end of 2020, when Kenya hosted Muse Bihi Abdi, the president of Somaliland. This visit was perceived by the Somali government as Kenya’s tacit recognition of an independent Somaliland, which Mogadishu believes to be an intrinsic part of its sovereign territory. Likewise, the extensive Kenyan support given to Ahmed Madobe, leader of Somalia’s southern Jubaland territory, has been seen as directly contributing to Madobe’s challenging the authority of the federal government in Mogadishu.

Perhaps the most divisive issue between the two countries is the ongoing dispute with regards to an expansive tract of offshore territory (some 100,000km2), which Somalia has brought before the International Court of Justice (ICJ). With the territory in question believed to be rich in natural resources, including fish stocks and fossil fuel deposits, both nations have accused their neighbour of making deals with foreign firms to begin exploring and exploiting the suspected bounty. Despite the case now entering its seventh year, however, Kenya’s legal team chose to withdraw from the most recent hearings, raising concerns regarding the case being heard by video-link. With Kenya’s representations recusing themselves, Somalia’s lawyers were able to present their case without contest. Whilst Kenyan authorities have stringently denied that the decision regarding the refugee camps is in any way related to the maritime quarrel, the timing is significant, coming just a week after this latest round of hearings.

What is Kenya Trying to Achieve?

According to the United Nations Convention on the Law of the Sea (UNCLOS), when disputes prove intractable, the default tool of resolution is a median line through the contested territory, a result which will favour Somalia’s cause. In withdrawing from the hearings, and instead seeking the closure of the camps, Kenya may be pursuing a new source of leverage against Somalia to secure a more equitable outcome. A sudden influx of refugees across the Kenya-Somalia border will put a huge strain on Somalia’s capacity to provide and support such huge numbers. The Kenyatta government may be trusting that the threat of repatriations will pressure the government in Somalia, which is currently embroiled in an turbulent electoral dispute, to accede to Kenya’s preferred solution.

Kenya has previously sought the closure of the camps, arguing that both the security risks and the cost of maintaining the two sites have become a burden disproportionately shouldered by Kenya. In 2016, Kenya also sought to encourage the repatriation of Somali refugees from within the camps, but the effort encountered two significant barriers. First of all, a Kenyan High Court judge ruled that the governments’ plans:

Perhaps more significantly, the Somalian province of Jubaland, Kenya’s erstwhile ally and buffer-state against Al-Shabaab, closed its borders to returnees. The regional authorities stated that conditions were not sufficiently recovered from the ravages of Somalia’s civil-war, or the ongoing efforts against Al-Shabaab, to resettle refugees.

Five years on, the political landscape in Jubaland has shifted dramatically. Following Madobe’s re-election as President of Jubaland in 2019, tensions between the regional administration and Mogadishu deteriorated to such an extent that the federal government sought to reestablish direct control with the deployment of troops to Jubaland’s northern Gedo region. Violent clashes between federal and Jubaland troops displaced 56,000 people, and curtailed Madobe’s autonomy. As Mogadishu’s forces expand their influence in Jubaland, Kenya may be taking advantage of this shift in the balance of power to menace the federal government with the onus for care of any returnees. In doing so, Kenya could simultaneously extract concessions from Mogadishu in return for keeping the camps open, and perhaps shelter Madobe’s regime in Kismayo from the federal Somali government’s reach.

The closure of Dadaab and Kakuma has long been a Kenyan policy priority, on the grounds of cost and security. Since the original announcement, the Kenyan government has rejected a UNHCR-proposed deadline, insisting the camps be closed and residents repatriated by June 30 2022. What the present deterioration in Kenya-Somali relations lends the policy is a punitive edge. With the restatement of the policy following so swiftly after Somalia’s latest entreaty before the ICJ, it is clear that Nairobi is weaponising the issue of the refugee camps, striving to inflict maximum pressure on a politically compromised Mogadishu. In so doing, Nairobi is also making pawns of over half a million people.