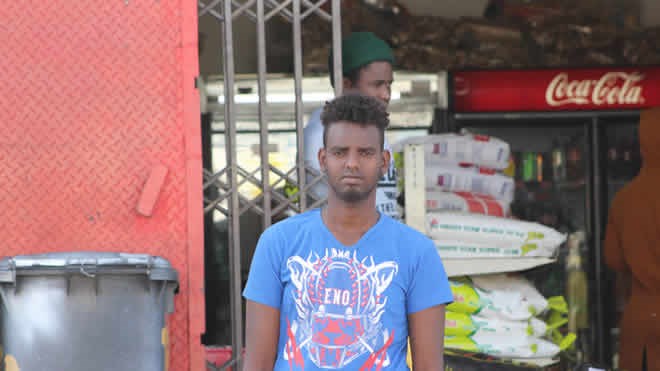 Cape Town – Somali business owners have lost hope that police will ever get to the bottom of the ongoing extortion and racketeering in townships.

Criminals are targeting local and foreign business owners to pay an amount to avoid their businesses being robbed or broken into.

Cape Town – Somali business owners have lost hope that police will ever get to the bottom of the ongoing extortion and racketeering in townships.

Criminals are targeting local and foreign business owners to pay an amount to avoid their businesses being robbed or broken into.

Shop owner Samir Mohamed said the protection racket is not as new in the township as some people assume.

“For years we have been forced to pay gangsters for protection. When this started it was a few gangs and it was micro-managed. Now there is an influx of gangs and we get caught up in the fight for this money.”

Mohamed said the problem started when the government could not manage xenophobic attacks in the country.

“Criminals saw an opportunity and it boiled down to what we are experiencing now. The police will never win this fight because some officials are working with the criminals.”

Mohammed explained that some businesses pay around R2500 per month to criminals.

“They come in groups of five to pick up the money. When you open a shop, they come to introduce themselves and explain what will happen if you do not pay. Now there are too many groups who all want the same money and we give to whoever comes first which angers the other group who then shoot the business owner before chasing their fellow gangsters.”

At least 24 Somali shopkeepers and owners have been killed since January, according to the Somali Community Board of South Africa. The board blames police inaction for the unabated extortion of foreign-owned businesses and killings.

“The police are watching us die,” said the board, speaking anonymously, as they fear being targeted by the criminals. “Our people are dying due to inaction by the police. When we report cases little is done to solve them. We suspect it is because we are foreigners.”

Nine people were shot and killed at different locations in Site B, Khayelitsha, on Saturday. Four others succumbed to injuries sustained from shooting incidents in the hospital and five were seriously wounded. The police arrested 11 suspects but could only charge three for murder and another suspect for the murder of seven people in May last year.

“The cases have been preliminarily withdrawn against seven of the initial 11 who were arrested on Monday morning pending further investigation,” explained police spokesperson Brigadier Novela Potelwa.

Khayelitsha Development Forum chairperson Ndithini Tyhido called on the president and other stakeholders to intervene.

“We call on President Matamela Cyril Ramaphosa to urgently intervene on the development of the Makhaza police station, this police station was decided upon more than 20 years ago when Leonard Ramatlakane was still MEC for Community Safety in the Western Cape.

“We call on the new Western Cape police commissioner General Phathekile to look very closely to the racially-skewed division of policing resources in the province, where priority is given to predominantly white and affluent suburbs of the province.

“We call on all community members to remain vigilant and those with any information that can lead to the apprehension and successful conviction of the perpetrators of these heinous killings to contact the police.“

Senior research fellow with the Global Risk Governance Programme at UCT Dr Annette Hübschle said to sort out the gangs in communities, every government department must play its part.

“A whole-of-society response is needed. In other words, we need different sectors of the criminal justice system, arms of government including SARS, civil society and affected communities to work together in disrupting extortion economies.

“It is difficult for SAPS to make arrests of high-flyers because they are often protected and untouchable. You need highly-specialised financial and organised crime investigators to work together with prosecution authorities. The Scorpions were a winning formula. Unfortunately, our investigative capabilities have been whittled down and we need to rebuild them.”