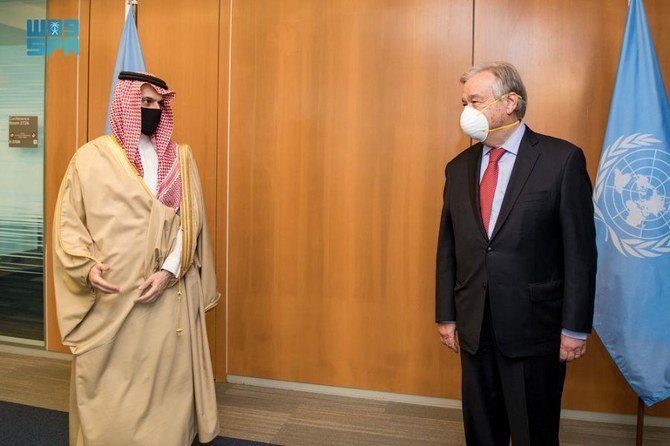 During the meeting, aspects of cooperation between Saudi Arabia and the United Nations were reviewed, in addition to discussing the latest developments in occupied Palestine, and the unremitting efforts to enhance international peace and security.

The meeting was attended by the Saudi permanent representative to the United Nations, Ambassador Abdullah bin Yahya Al-Muallami.