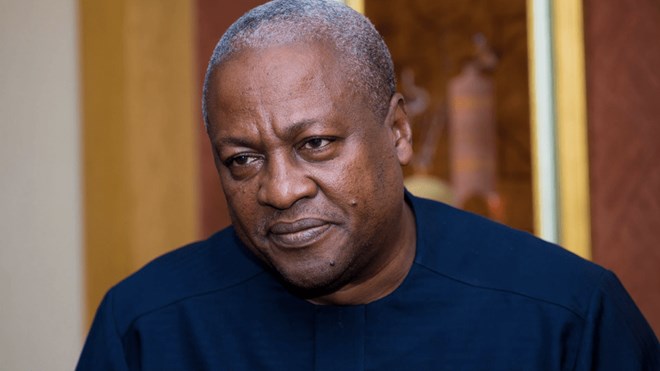 Mogadishu (HOL) – Former Ghanian President John Dramani Mahama has announced that he will not serve as the African Union’s Special Representative to Somalia.

In a statement published on his official website by his aide, Mahama said that he informed the Chairperson of the African Union Commission, Moussa Faki Mahamat, that he formally withdrew his acceptance to the role. He said that lack of support in Somalia led to his decision.

“The high political importance of the proposed assignment requires that the High Representative enjoy the unalloyed support and co-operation of all political stakeholders.”

Mahama was appointed as the High Representative in early May after the African Union convened an emergency session to discuss Somalia’s political crisis.

A few days after his appointment, Somalia’s federal government, rejected the AU’s choice and wrote to AU Chairperson and said Mahama has “extensive links” to Kenya.

“It is indeed surprising that a candidate with extensive link [sic] with Kenya’s leadership has been chosen by the AU to facilitate talks on a political impasse partly engineered by those the Kenyan leadership has supported,” Somalia’s Foreign Ministry protested in a letter dated May 9.

The former Ghanian’s decision to step down as a mediator comes as Somalia’s leaders prepare to meet in Mogadishu for the latest round of consultative electoral talks.