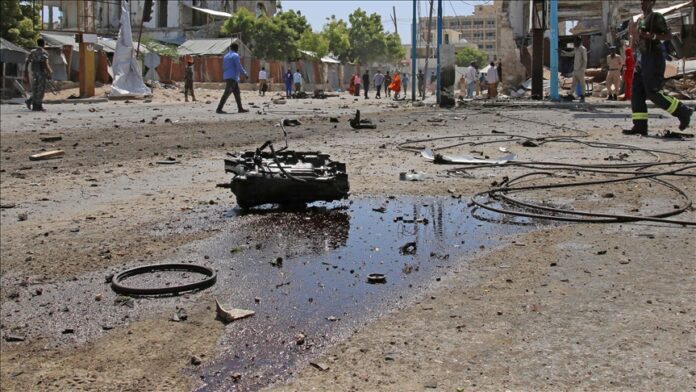 No group calims responsibility for Friday afternoon bomb attack, but al-Shabaab suspected to be responsible

A local official in the Somali capital and his two bodyguards were killed on Friday by an improvised explosive device (IED) attack on the outskirts of Mogadishu, an official said.

Abdirahman Ahmed Garyare, the commissioner of the Garasbaley neighborhood, and his bodyguards were slain by a landmine explosion shortly after Friday prayers, Abdifatah Hassan, a police official in Mogadishu, told Anadolu Agency over the phone.

“The police started an investigation into the matter,” he added.

The Banadir regional administration, which includes the capital Mogadishu, has issued a statement confirming the attack and the Garyare’s death.

No group has yet claimed the attack, but authorities believe that al-Qaeda-affiliated terrorist group al-Shabaab is responsible.