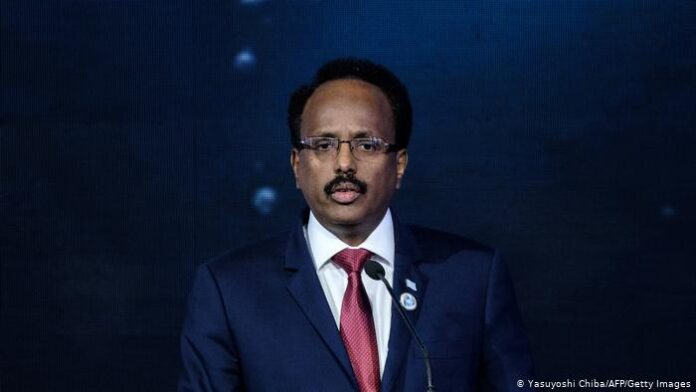 For close to six months, diplomatic ties between Kenya and Somalia seemed headed for disaster. Mogadishu reached out, and Nairobi responded positively. But underneath, huge differences remain.

A few days after diplomatic relations between Kenya and Somalia appeared to be thawing, Kenyan trucks filled with khat rushed to Nairobi’s Wilson Airport in the hope of shipping tonnes of the leafy stimulant hugely popular in Somalia.

They were shocked to learn that Nairobi had on May 11 suspended all commercial flights to Somalia for three months until August. Somalia is an important market for Kenyan khat bringing home around 16 million Kenyan shilling ($148,000, €121,000) from daily exports.

“We don’t see any relations between Kenya and Somalia at the moment,” Hamdi Aden, a resident of Mogadishu, said. “The two neighboring countries can improve their relationship based on mutual interests, but if Kenya continues its naked interference into the affairs of Somalia, nothing would be achieved in the short-run to normalize the relations,” Aden told DW.

Since independence, the East African neighbors who share a 682 km (423 miles) border have had bumpy relations. Both sides have been embroiled in border disputes, petty skirmishes, and in some cases bloody massacres.

Kenya and Somalia dived to a historic low in November when Mogadishu cut off diplomatic relations accusing Nairobi of meddling in its internal affairs. President Uhuru Kenyatta had hosted Somaliland’s political leadership, a breakaway state, Somalia’s central government refuses to recognize. Somalia’s President Mohamed Abdullahi Mohamed Farmaajo expelled Kenya’s envoy in Mogadishu and recalled his country’s ambassador. Kenya has consistently denied meddling and instead says Farmaajo is using it as a scapegoat to score political points at home.

“The issue is primarily an internal Somali dispute over federalism, into which Kenyan has been inexorably drawn,” Matt Bryden, co-founder and strategic adviser of Sahan, a think tank focusing on peace and security at the Horn of Africa, said. “When Kenyan troops first entered Somalia [in 2011], there was no question that Al-Shabab needed to be driven from Kismayo and a new Jubaland administration established, under the auspices of the then Transitional Federal Government of Somalia,” Bryden told DW.

Kenya has hosted hundreds of thousands of refugees since the fall of Somalia’s dictator Siad Barre in 1991. But President Kenyatta has on several occasions threatened to shut down Dadaab, arguably the world’s largest refugee camp. His administration has given the UN until June 2022 to find a new home for most Somali refugees.

The two nations are also engaged in a long-running maritime territorial feud across the Indian Ocean believed to hold valuable oil and gas reserves. That dispute is now at the International Court of Justice (ICJ).

“These are genuine issues of strategic interest to both countries,  but they have been unnecessarily and artificially escalated on both sides for the purposes of political leverage in the context of their bilateral dispute,” Bryden said.

“Kenya is well aware that “closing” Dadaab will not empty the camp since many residents have no intention to return to Somalia,” Bryden said. He added that a long-term plan for the management of Dadaab as a permanent municipality would need to be in place before shutting it down.

“Both countries need to be serious about lowering the tensions and engage now with mindfulness talks to overcome the outstanding issues, Mohammed Odowa, DW correspondent in Mogadishu, said.

“It is not only about the maritime dispute, but Somalia also accuses Kenya of intervening in its internal political affairs, and such missteps encourage the tension,” Odowa said. “Mogadishu believes that Nairobi’s action towards Jubbaland and Somaliland administrations is an insult and a major threat to the unity of greater Somalia as well as its political and territorial independence.”

For Bryden, the maritime dispute need not be a zero-sum calculus. “Whichever way the ICJ rules, it is quite likely that some oil reserves straddle the maritime boundary and will require resource-sharing agreements.”

Maruuf Hajji, a Mogadishu resident, urged the two leaders to come to reason. “To normalize the escalating rift between Kenya and Somalia and restore the good faith both should sit at the table of negotiations and resolve the differences through compromise.”

Bryden believes that the prospects for normalization of relations as long as Farmaajo clings to office are close to zero. “A new administration in Mogadishu might adopt a more pragmatic diplomatic approach,” Bryden said, adding that much will depend upon the new Somali leadership, and its relations with neighbors like Ethiopia, Djibouti, and Eritrea, all of which potentially exercise some degree of influence over Somalia’s foreign policy.