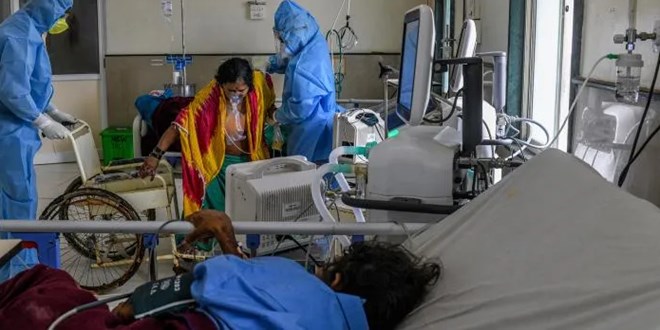 A Kenyan national who had travelled to India for treatment was found murdered near the Indira Gandhi International airport (IGI), which serves as the international aviation hub of the Indian capital of New Delhi.

According to detectives in India, the 50-year-old man was allegedly killed after an argument over the travel fare of Rs 500 (Ksh737) with a taxi driver.

Three men including the driver were arrested over the incident as investigations are being carried out.

“We found a dead body of Jama Said Farah, a citizen of Kenya, lying on the pavement near Centaur Hotel and came to know that he had booked a ticket through a travel agent on May 17 for Somaliya,” the detective identified as Rajeev Ranjan who is based at the airport was quoted by the Indian Express.

He added that upon contacting the daughter of the man, they discovered that he had been in the country for two weeks for treatment of his heart disease.

“But due to the Covid-19 pandemic, his treatment was postponed by the hospital and he was coming back to his country via Somalia,” he told reporters.

“But due to the Covid-19 pandemic, his treatment was postponed by the hospital and he was coming back to his country via Somalia,” he told reporters.

The police added that the Kenyan was denied immigration clearance at IGI Airport as he did not have a visa for Somalia and could not travel.

After leaving the airport, he boarded a taxi where the driver along with two of his friends had dropped off another passenger. He requested to be dropped off at a nearby hotel.

“On the way, they had a heated argument with the deceased over the fare and they started beating him after stopping their car. After physically assaulting him, they dumped him near another hotel and managed to escape along with his luggage and other valuable items,” the police revealed.

Their investigations included using footage from a CCTV camera which helped identify the vehicle leading to the arrest of the three men.

The accused were produced before a Delhi Court and sent to 14-days judicial custody.

In April 2021, Health Cabinet Secretary Mutahi Kagwe announced the government’s decision to suspend flights to and from India for 14 days following a spike in Covid-19 infections in the country.