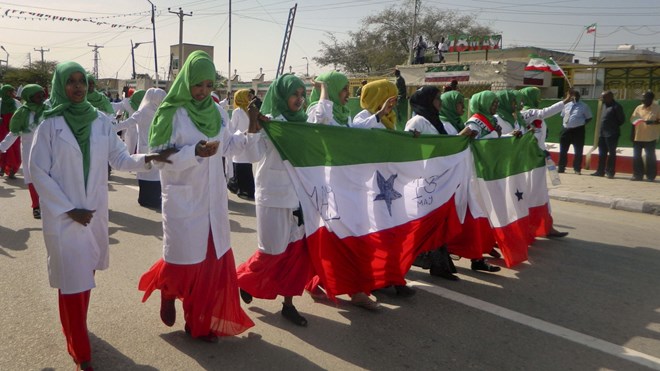 The self-declared country of Somaliland remains largely unrecognized by the rest of the world.

But that hasn’t stopped its estimated 3.6 million people from celebrating its 30 years of independence.

Videos on social media showed young people draped in green, red, and white — the colors of the national flag.

“These young people have no clue, idea what the identity was before Somaliland. They were born in Somaliland. They know only Somaliland, and they consider Somaliland [to be] their identity,” said Dr. Jama Musse Jama, director of the Hargeisa Cultural Center.

He was born in Somalia — which was a union of the Italian and British colonial protectorates that joined together after independence in 1960.

But that union didn’t work out, and after years of political conflict, Somaliland decided to declare itself an independent state in 1991.

Jama said he’s proud of what Somaliland has achieved over the past 30 years — and said Hargyesa has reemerged as a cultural center in the region.

“Wow. At the age of 30. The power of that age is what Somalilanders are feeling,” he said.

“But also, it’s a kind of disappointment with the entire world,” which has yet to officially recognize the country.

Despite functioning as a de facto state with its own passports and constitution, Somaliland remains unrecognized by the African Union, United Nations and most countries, including the United States.

Still — Somaliland has increasingly sought to establish diplomatic, political and business relationships with countries like Taiwan, the United Arab Emirates and Kenya.

“We’ve had many political and diplomatic relationships with many countries around the world,” said Ismail Shirwac, a diplomat at the Somaliland mission in Nairobi, Kenya.

“We’ve been practicing our values even without having international recognition,” he added.

Indeed, while not perfect, Somaliland has cultivated a reputation for being more stable and more democratic than its neighbor Somalia.

“We’ve proven we are an island of hope in an ocean of unrest and autocracy,” said Shirwac.

The country has held multiple, open democratic elections and had successful transfers of power.

On May 31, the country will hold local elections, in stark contrast to Somalia, where failure to hold elections nearly split the capital apart.

Previous attempts for dialogue between Somaliland and Somalia have failed, due to disagreement about Somaliland sovereignty.

Shirwac says one thing is clearly off the table.

“Every Somalilander tells you that the people of the republic of Somaliland have no intention of reuniting with Somalia,” he said.

While he’s hopeful that the international community will recognize Somaliland soon, he said, regardless, the country will continue on its path of democracy and independence.

“Somaliland is here to stay,” he said.