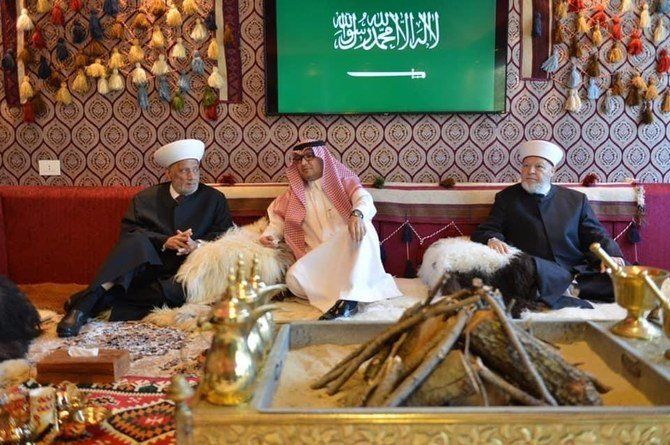 RIYADH: Saudi Arabia has one political discourse that has earned the respect of all, the Kingdom’s ambassador to Lebanon said on Wednesday.
Walid bin Abdullah Bukhari made the comments in response to claims made by Lebanon’s foreign minister that Gulf states had supported the rise of Daesh.
Charbel Wehbe, who is a minister in the caretaker government, asked President Michel Aoun to be relieved of his duties on Wednesday.
Wehbe also made other disparaging comments during a television interview that were condemned by Saudi Arabia’s Foreign Ministry on Tuesday.
Bukhari received Lebanese delegations at the Saudi embassy in Beirut who came to express their condemnation of Wehbe’s comments, Al-Ekhbariya reported.
The first to arrive was Lebanon’s Grand Mufti Sheikh Abdul Latif Derian who emphasized the good relations between the two countries.
The Arab League also criticized the comments on Wednesday, Saudi Press Agency (SPA) reported.
Secretary-General Ahmed Aboul Gheit said that Wehbe’s comments were far from “diplomatic decency,” and “contributed to tension in the Lebanese-Gulf relationship instead of correcting its course as required.”
The Secretary-General added the comments were “an infringement of the rights of Gulf Arab states in general and the kingdom of Saudi Arabia in particular.”

After years in hiding the late Libyan leader’s son is ready to announce his return to public life, say aides