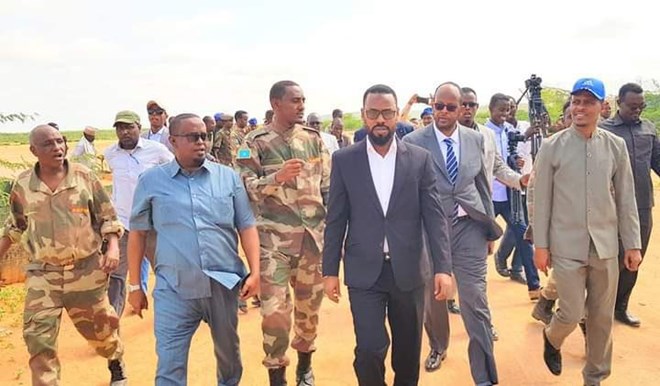 Beledweyne (HOL) – A delegation of federal ministers, parliamentarians, and government officials arrived in Beledweyne on Monday to mediate inter-clan conflicts that broke out in the town’s western suburbs.

The delegation that arrived includes the Deputy Minister of Defense of the Somali Government Abdifatah Qasim, the Minister of State for Justice Yusuf Hussein Ahmed, the First Deputy Speaker of the Hirshabelle Parliament Siraaji and members of both the federal and regional parliaments.

The Deputy Minister of Defense told reporters that the purpose of their visit was to find a solution to the ongoing clan clashes on the outskirts of Beledweyne and reconcile the two clan militias.

The minister also called on the parties to stop fighting and return to the negotiating table to resolve any concerns.

The delegation is expected to remain in Beledweyne for several days as they meet representatives from both sides of the conflict.