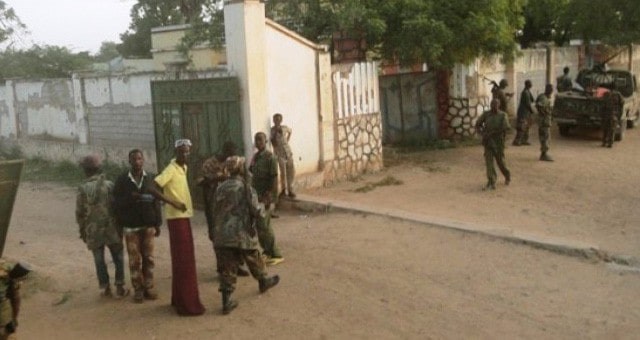 Mogadishu (HOL) – At least four soldiers, including a commander, have been killed in a roadside bomb attack in Jowhar on Wednesday.

Four of the governor’s bodyguards, including Dhisow Mohamed Qeelshe, a commander, were killed.

There has been no claim of responsibility for the attack.

The roadside bomb comes as clashes were reported in Jowhar between regional forces and the Ma’awisley militias. The fighting was reportedly precipitated by an arrest of a prominent Ma’awisley faction leader.

Among the casualties is Ali Ahmed Gobad, aka Ali Madoobe, an official at Hirshabelle’s Presidential Office.