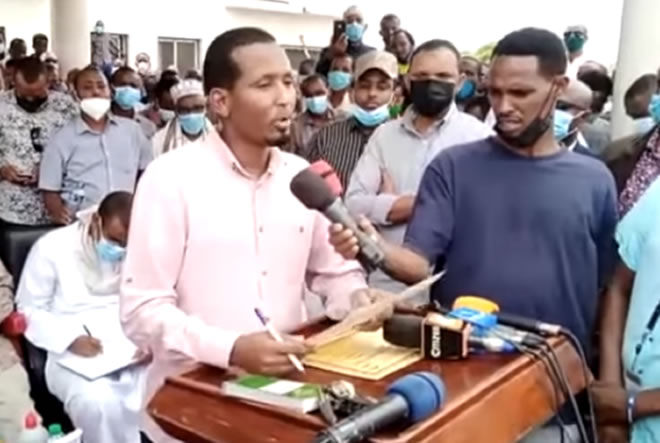 Mr Ahmed Ali Muktar was on Tuesday sworn in as the third governor of Wajir County after the Senate gazetted the impeachment of former county boss Mohamed Abdi Mohamud.

The swearing in ceremony took place at the Wajir County headquarters.

In his first speech after taking oath of office, Mr Muktar said he will prioritise water, health and education sectors in his administration.

“My pledge of service is premised on objectivity and professionalism. I appeal for your support,” he said.

The new governor also pledged to uphold the unity of Wajir people and help resolve the health crisis in the county. Healthcare workers have been on strike for the last one week.

“I will meet the health workers today with a view of addressing their issues. I will desist from nepotism and skewed allocation of resources which erodes people’s confidence,” he said.

On Monday, 25 senators voted for the governor’s ouster after he was found guilty of gross violation of the Constitution.