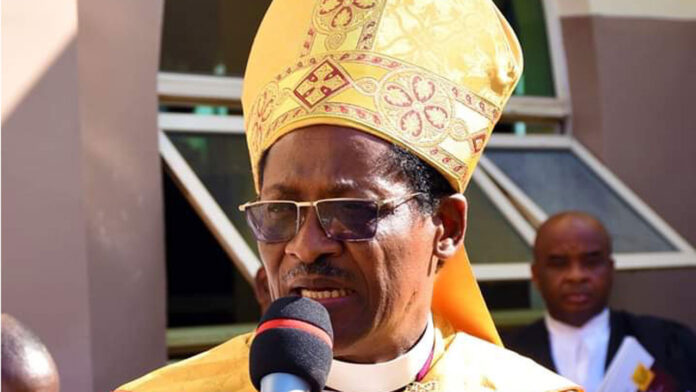 Canvasses national dialogue, state police
Primate of Church of Nigeria (Anglican Communion), Most Rev. Henry Ndukuba, has stated that the most populous black nation was becoming a “failed state like Somalia”, urging President Muhammadu Buhari to tame the insecurity in the land.

Describing the situation as frightening, the cleric sought urgent convocation of a sovereign national dialogue to discuss the challenges confronting Nigeria with a view to forging a way forward for a better, safer and united country within the comity of nations.

He canvassed state police to check criminal activities across the federation.

During the church’s Second Session of the 11th synod of Abuja diocese, yesterday, Ndukuba lamented that the attacks on communities, as well as alarming abductions, killings and rape were unacceptable.

He observed that the speed at which bandits and Boko Haram elements were occupying more states was disturbing, stating that that the open confrontation to Governors Samuel Ortom Hope Uzominna was an unmistakable statement that the citizenry showed that Nigeria was no longer comfortable.

He urged the state governors to sustain Nigeria’s unity by avoiding actions that threaten corporate existence.

Ndukuba said that there was an urgent need for enforcement of extant gun control laws, begging that the killer herdsmen must be disarmed and banditry decisively ended for the good of all.

The primate beseeched government at the three tiers to check movement of firearms, adding that the National Assembly could expand for arms for hunting to include self-defence.

He stressed the need for tighter border control, noting that the influx of people through the porous gateways was fuelling violence and insecurity in the country.

The Anglican clergy argued that the President Muhammadu Buhari regime, like previous administrations, had tamed corruption.

Ndukuba observed that though the current administration, in some ways, had made more efforts in tackling the menace, “their pitfall is in the politicisation of the fight against corruption,” adding: “A selective justice is no justice.”

“The lack of transparency in the execution of some good programmes and policies leaves so much to be desired. When the armed forces complain that they are under-funded and do not have the weapons to execute the war against insurgency and banditry, it raises the issue of what happened to the $1 billion for equipping the military to fight insurgency. Nigerians will like to know what (was done) to both the budgetary and extra-budgetary provisions,” he added.

Commending government and the Central Bank of Nigeria (CBN) for stabilising the economy, the primate, however, deplored the high borrowing rate, even as he sought diversification of the economy.