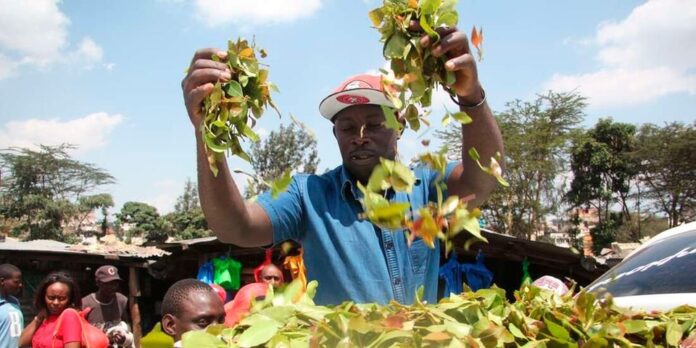 Miraa traders want the government to restore diplomatic ties with Somalia to secure the Sh16 million a day market.

They also want authorities to avoid actions that will further jeopardise the already strained relationship between the two countries.

Nyambene Miraa Traders Association chairman Kimathi Munjuri said a flights ban was ill advised and that Kenya should work towards restoring the trade between the two countries.

“The ban is not necessary because it extends the standoff between the two countries and it is Kenya that is losing out,” said Mr Munjuri.

Kenya Civil Aviation Authority (KCAA) through a notice to airmen (Notam) banned all flights to or from Mogadishu without giving any reason on May 11.

“All flights between Kenya and Somalia are suspended except medevac [medical evacuation] flights and United Nations flights on humanitarian missions only,” the regulator said.

Last Sunday, 12 tonnes of miraa worth Sh5 million went to waste after Somalia on May 9 issued a notice prohibiting export of the stimulant to the country, following news that there was a consignment at the airport that was destined for Mogadishu.