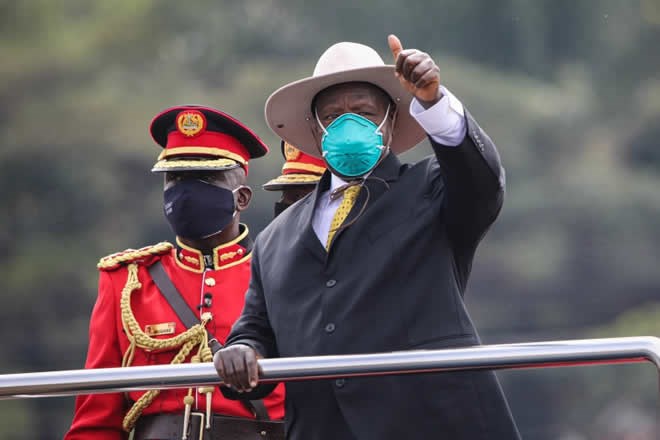 Uganda’s Yoweri Museveni has been sworn in for his sixth term as president, as police surrounded the home of Bobi Wine, his main opposition rival who decried the inauguration as a “sham”.

Museveni, who won re-election in January despite widespread reports of irregularities, took the oath of office on Wednesday at a ceremony in the capital, Kampala, that was broadcast on national television and attended by several African heads of state and other foreign dignitaries.

The 76-year-old, wearing a dark blue suit and his trademark wide-brimmed hat, promised to “pay true allegiance” to the country he has ruled nonstop since taking power as a rebel leader in 1986.

His victory in January was overshadowed by the bloodiest pre-election crackdown in years, with opposition candidates forcibly prevented from campaigning and dozens of protesters killed by security forces.

Bobi Wine, who came second to Museveni in the ballot but declared the vote rigged, said police and soldiers had “besieged” his home on the outskirts of Kampala and prevented him from leaving.

“Dictator Museveni is swearing in well aware he stole the elections and disenfranchised Ugandans and he is scared of people opposing the sham ceremony,” the 39-year-old singer-turned-lawmaker told AFP news agency.

“Even if he has sworn in, we will continue the struggle to dislodge him from power through peaceful means and this will come soon.”

Kizza Besigye, an opposition veteran who lost against Museveni in four disputed and often violent presidential elections, was also placed under an effective house arrest. 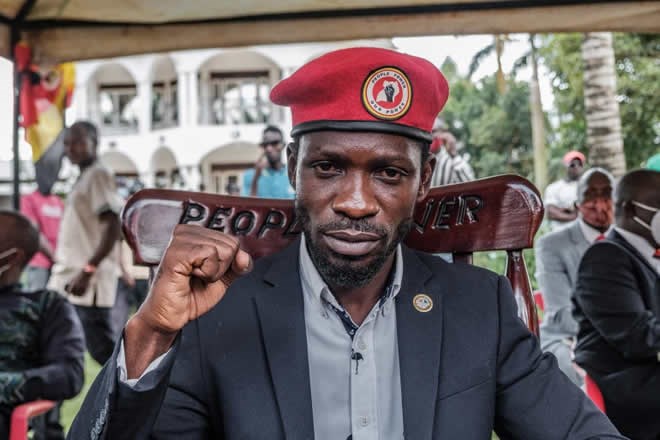 “There was intelligence reports that some people wanted to cause disruptions during the swearing-in ceremony and we took precaution to provide security for some leaders, including the opposition leaders including Bobi Wine and Besigye,” he said.

“This is normal security deployment for VIPs.”

However, Enanga also said Bobi Wine was planning to hold a parallel swearing-in ceremony and this would be “illegal and treasonous and police will not allow him to do so”.

Bobi Wine challenged the election result in court but later withdrew his petition, saying the judiciary was stacked in favour of Museveni.

In March, he had urged Ugandans to “rise up peacefully and unarmed” in protest against Museveni’s ongoing rule. Since the election, the opposition has alleged that security forces have been abducting their supporters.