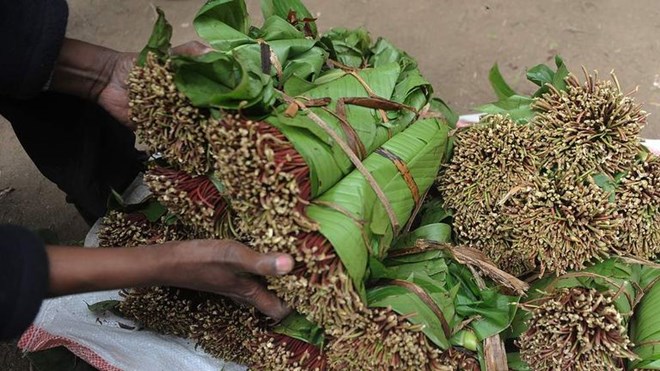 MOGADISHU (HOL) – Somalia has maintained the ban on khat imports from Kenya stands despite resumption of diplomatic ties.

Somali Civil Aviation Authority (SCAA) said in a statement to all operators that Sunday that the government’s ban on the leafy stimulant is still in force.

“Transporting miraa without clearance from SCAA will be considered an unlawful act and violation of Somali Airspace,” the Aviation body said.

Somalia banned imports of khat from Kenya last year following the collapse of relations between the two countries.

Kenya has unsuccessfully sought to have the ban lifted but Mogadishu has stood ground against the requests. Khat from Ethiopia could still enter Somalia.

Somalia announced last week that it had resumed diplomatic relations with Kenya following the intervention of Qatar.

Deputy Prime Minister Mahdi Guled however dismissed claims that the maritime issue was part of the talks.

In a similar vein, Information Minister Osman Dubbe refuted claims Sunday that the presidents of Kenya and Somalia were to meet in Doha, Qatar to follow up on discussions for an out of Court settlement of the maritime case.

Rural towns in Puntland have huge economic potential, according to new study