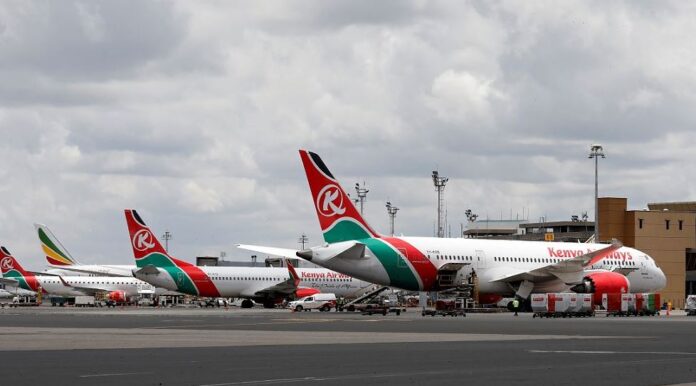 Somalia is trying to mitigate the impact of Kenya’s decision to suspend flights to and from the country, its transport minister has said.

Duran Ahmed Farah said he had met members of the country’s National Aviation Committee on Thursday to discuss the way forward.

“We pledge that the government will be working with the business community to ensure that we will do everything we can to ensure that this decision does not affect them,” said Mr Farah.

Somalia was determined to work with other countries in the region to improve air connectivity, he said.

The Kenya Civil Aviation Authority announced the suspension of flights on Tuesday, without giving a reason.

It came days after Somalia said diplomatic ties with its neighbour had been normalised, however, the country refused to lift its ban on the importation from Kenya of the narcotic leaf – khat – which was imposed last year.

This is blow to Kenyan farmers who grow the mild stimulant, which must be chewed fresh – and is flown to Somalia within hours of being picked.

Khat, or miraa as it is called in Kenya, is Somalia’s main import from Kenya.