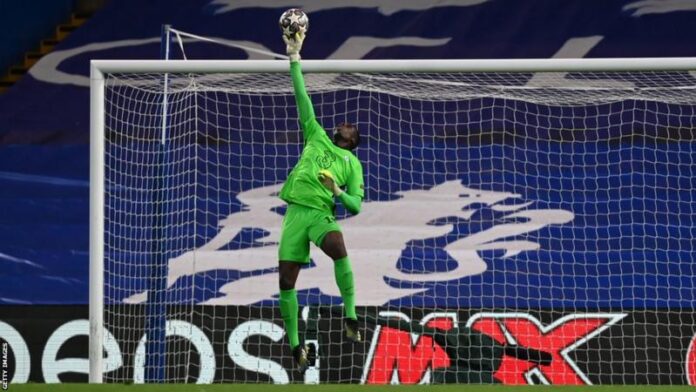 Chelsea and Senegal keeper Edouard Mendy has admitted that he struggled to cope without a winter break – for the first time in his career – when he moved to the Premier League.

The 29-year-old signed for Chelsea in September from Rennes in France, and is now set to be part of the squad for two cup finals.

He will be on the bench for Saturday’s FA Cup final against Leicester City, with Kepa Arrizabalaga set to start after playing in all the previous ties – but he should start the European Champions League final when the Blues take on Manchester City on 29 May in Porto.

But Mendy told BBC Sport Africa that despite his successful first season – having established himself as the first-choice keeper at Chelsea and with 41 appearances in all competitions so far – he struggled, particularly in mid-season.

“This was the first season for me without a winter break, so it was a very tough time mentally and physically,” he said

“This is another rhythm, I had to adapt.” 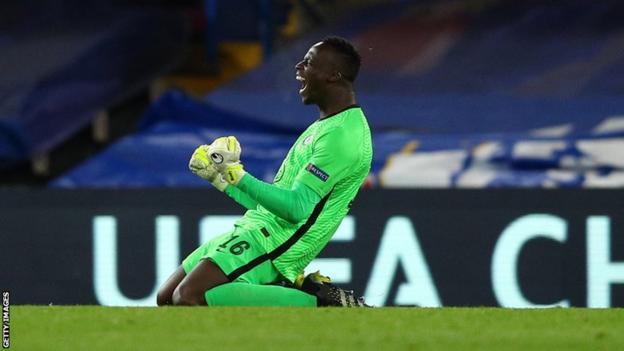 Mendy explained that not having a winter break – something common in most European leagues and that many managers and players have asked for – had confirmed to him just how tough the English Premier League can be.

“During the winter when subconsciously you are used to this winter break – a time of rest – but this time I didn’t have it,” he said.

“On the contrary, things even accelerate because you play every two days.

“It was really a tough time. Physically and mentally, doing that every two days with the intensity you can have in the Premier League and all that it requires to play a high-level match, is so hard.

“But here we are, I worked physically and also mentally.

“Those are good things because you even learn more about yourself, you stretch yourself. It helped me to return to something very positive.”

Mendy also said that the arrival of German coach Thomas Tuchel to replace Frank Lampard in January had an impact on the whole squad.

“The new coach arrived, and the team performed well straight away – me included,” Mendy added.

“So, today we arrive at the end of this season, a season that for the moment has been positive. But we need to complete that with titles.”